It Came From Wikipedia

The (Vincent) Price is Right 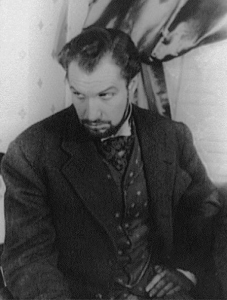 I was pleasantly surprised to see that the Onion AV Club recently posted an article devoted to Vincent Price, and the films starring him that were most likely to make viewers devoted fans. I link to this both because I agree with the movie choices they list and because the users comments offer a wealth of trivia about the man. For example, I learned that he made a cameo in the movie Beach Party for the sole purpose of plugging The Pit and the Pendulum and that he provided vocal work on Alice Cooper’s album, Welcome to My Nightmare (long before Price did his “rap” for Thriller). Price also appeared in Cooper’s TV special, Alice Cooper: The Nightmare. Said special’s VHS release has some hilariously cheesy (albeit intentionally so) cover art that I doubt anyone would try doing nowadays.

Inspired by these discoveries, I decided to visit his Wikipedia entry. My favorite factoid has to be this quote:

“In an often-repeated anecdote from the set of Batman, Price, after a take was printed, started throwing eggs at series stars Adam West and Burt Ward, and when asked to stop replied, “With a full artillery? Not a chance!”, causing an eggfight to erupt on the soundstage.”

How can you not love that man?

Saving the best for last, check out vincentprice.org for a treasure trove of Vincent Price-related trivia, pictures, sound files and much more. Trust me, you’ll be glad you visited.

UPDATE: The Price may be right, but it turns out that Beach Party trivia was incorrect. Although Vincent Price did appear in the movie and made a The Pit and the Pendulum joke, his appearance was done to plug The Haunted Palace. Had I bothered to look up the release dates prior to making this post, I would have realized that The Pit and the Pendulum was made long before Beach Party went into production.

The above PD photograph was created by Carl Van Vechten