How It Should Have Ended

A Study In Emerald 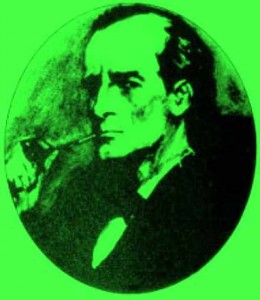 Since it’s December, the traditional Christmas colors of red and green are everywhere. And wouldn’t you know it, I figured out a way to capitalize on that without resorting to a “colors of blood and gore” joke!

Fans of the great detective will undoubtedly be familiar with A Study in Scarlet. But what they might not know is that famed comic book author Neil Gaiman has put up a .PDF version of his short story, A Study In Emerald, on his website. Said story, which originally appeared in the Shadows Over Baker Street anthology, combines elements of Sherlock Holmes stories with the works of H.P. Lovecraft (and is filled with plenty of horror references). So break out Adobe Acrobat and get readin’!

If you want a horror-related Sherlock Holmes story that isn’t a fan-created work, then check out The Adventure of the Sussex Vampire. It’s best known for a reference to another Holmes case that may or may not have actually been written by Doyle.

UPDATE: There is a free audio book version of “A Study In Emerald”, as read by Gaiman himself! You can find out more here.

Bad Behavior has blocked 740 access attempts in the last 7 days.