Music to Haunt By: Midnight Syndicate 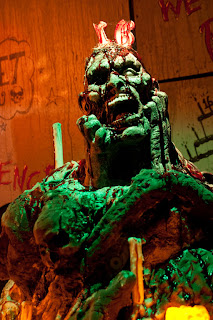 Located in Wallingford, Connecticut, The Trail of Terror (www.TrailofTerror.com) celebrates its 16th year of operation in 2010. Thankfully, haunt expert Bertram Bertram invited me to come visit and partake of the Trail’s spookiness.

This year celebrates ‘Sweet 16,’ marking the anniversary of the Central Valley Hospital massacre that saw the gruesome results of what happenes when you combine madness and teenage girls.

The story in itself is much more creepy than I can summarize here, so head to the website and explore. 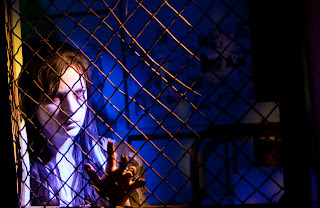 Since its inception, the Trail of Terror has been a not-for-profit operation, donating the money it raises to both local and international charities. Having worked with the Red Cross in the past, the Trail currently raises money for the Wallingford Emergency Shelter. It also works with C.R.E.W., a student-based group that does community service projects as well as participates in Housing for the Homeless. Last year, the Trail of Terror gave $75,000 to the Wallingford Emergency Shelter and $12,000 to C.R.E.W. 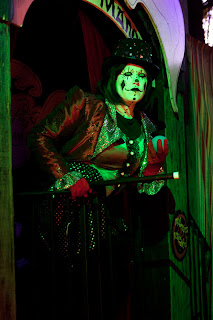 Seventy-five THOUSAND dollars. That is unbelievable. Wrap your head around that number right now and think about it, because none of the participants are paid. They are all volunteers, doing the equivalent of part-time work and giving their weekends up to help operate this.

The Trail works with local high schools. While the management, area/scene supervisors are adults, most of the volunteers there are of that high school age, getting early work experience but also able to express their theatrical and spooky sides.

Each weekend in October (Friday, Saturday and Sunday) the Trail accepts visitors from around 7pm to 11p. People start to line up around 5:30, if not sooner, to avoid having to wait possibly three or four hours before they get in.

Once the haunts and monsters are all ready by showtime, the distinctive opening bars of ‘Thriller’ hit the air, causing the packed lines to shout in joy for the Trail of Terror is open!

You can find directions to the Trail here. There are two more days that they’re open. Speed Passes have sold out so if you’re going to go, show up early and bundle up. 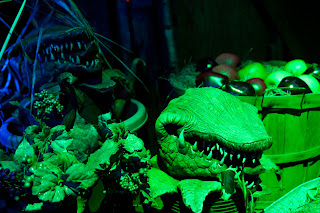 When I was invited, I was given the option to experience the Trail as a guest, or to possibly help out. I chose the latter after hearing about how much good the Trail does. As I waited to hear which parts might be open, I saw the line of regulars come in – kids who were ten years younger than I was, who have volunteered their time to spend six hours out in the 40-degree night so that people from across the world can come and get scared. 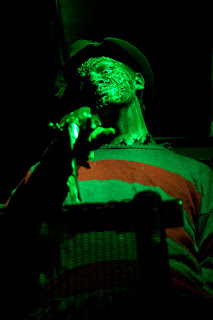 It’s really fantastic, thinking about it. And to come back, weekend after weekend. That takes some dedication and some boundless energy, because this is not some second-rate scare-stand. Once the song hits and the crowd cheers, there is no more performer. What you see is what you get – that monster is real and they’re going to get you. That man with the chainsaw is crazy and no, that isn’t make-up.

I spent my night fighting off brain-hungry aliens, rescuing people by ushering them into a smoke-filled tunnel. Bodies screamed, voices moved and when the door slammed behind the last person crawling, I had noticed both the night had my voice had gone.

At the end of the night, the performers gathered and spoke of  soreness, adventures what they planned for the next night. Though tired and cold, there was a level of enthusiasm, which is why they come back every weekend. Every scream was a sign of success, of a job well done. It was a auidble goal, to make sure that every customer was either frightened or that their hearts were racing by the time they moved on from our part of the Trail.

It was a great experience and I encourage any of you to see if you can help out at your local Haunt. 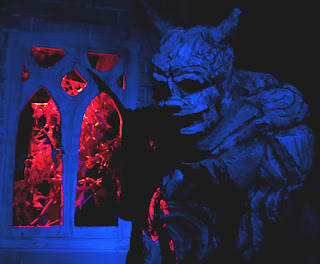