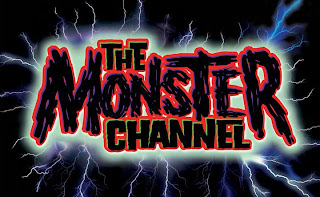 Corpse S. Chris of Horror Host Graveyard has been running The Monster Channel for almost a year now. I came across it just recently. It went 24/7 this past January. A lot of public domain and licensed movies, television serials and interesting shows of horror and sci-fi are available for you whenever you want.

You’ll find movies and hosted shows (featuring many of the active Horror Hosts seen on Chris’s Horror Host Graveyard.) every day. Friday has The Friday Night Monstercast, a special double-feature made for The Monster Channel.

Along with the live stream (which you can watch from your computer, your mobile device or your television) there is a real-time chat. Many of horror hosts and spooky people hang out there. You’ll catch me there from time to time. Feel free to stop by (http://100ymm.com) and catch some of the programming.

Bad Behavior has blocked 2145 access attempts in the last 7 days.