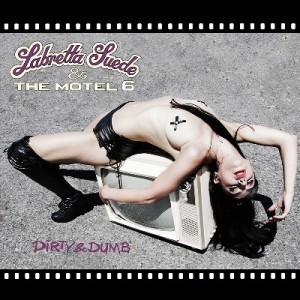 Let’s face it – there’s a widespread pandemic of men not having any game anymore. I liken it to the advent of modern video gaming, funny enough, most notably with the introduction of the X-Box. Gaming became less an outlet of gamers and nerds and something far more accessible to a greater population of men and women. Listen to me pontificate my theory – the growth of the X-Box/PS2 industry, in my theory, exasperated a growing problem of DUDES NOT KNOWING HOW TO TALK TO WOMEN and even worse, making dudes unlearn what they little they already knew. And yes – it’s true, ladies – dudes do not know how to fuck anymore.

I think Dumb & Dirty might be a way to save the X-Box generation from its perpetual kidulthood* and finally get most of my dying generation to grow up.

Right off the back, I noticed that Dumb & Dirty successfully avoids the contrived journalistic idea of a “sophomore curse,” that idea that the second album often sucks after a really great debut. I noticed that it AVOIDED this curse because it doesn’t exist. This idea is something Rolling Stone invented. It’s not real. The “sophomore curse” is really the audience waking up from the stupor that had them fooling thinking that Julien Casablancas WASN’T a piece of shit, or that The Hives weren’t a bad idea.

Labretta Suede and the Motel 6 have never been misleading in presenting themselves. They’ve only gotten better at refining the message and this makes them dangerous because if they were ever to take to a national stage, we’d be powerless to stop them. They are unadulterated sex and might possibly take you to bed with them if time permits. This is a band that will fuck the world and be great in the sack. They aren’t about ‘making love,’ but about getting down, dumb and dirty. If I were to find out that everything they’ve done has been an act, I’d be gobsmacked at how good they were at lying. I don’t think they’re lying, though. After listening to sick songs like “Thickened Sludge,” “You & Me,” and “All Girl Gang Riot,” I can’t see them not being 100% earnest and forthright about their attitudes on rock, life, sex and everything else. It seems like you can’t make this kind of music if you don’t believe in it completely.

This is a fantastic album. It even made me forgive them for choosing the unfortunate subject of “Gary Glitter,” what with the man’s widespread pedophilia. Hearing “My Boyfriend thinks he’s Gary Glitter” sung by the sultry sound of Labretta Suede’s voice makes me slightly worry for any young boys in the audience. Of course, the song is less about Labretta’s beau making a trip to Thailand but instead, taking her shoes and lipstick and picking glam over punk rock. If the song was bad, I would feel easier to cast a discouraging eye but the truth is, it’s catchy as hell! And that makes me forgive them.

All throughout the album, the music is fun. While maintaining its signature sound, Labretta Suede and the Motel 6 branch out with different hues of their music chromatic key. “Beach Party Town” lets Johnny Moondog out to play in the surf with his guitar while the album closing opus of “Priscilla The Monkey Girl” is a noir-ish tale that fills your ear with dark smoke, red lipstick and intrigue. The whole band is really tight, incredible considering they straddle the two hemispheres. As the band is based both in Brooklyn, NY and Auckland, New Zealand, the rhythm section for Dumb & Dirty is split between the two countries. Seaon ‘Connel and Max Speed $1000 are the Americans, while Jay L Yodanovich and Bumpo Kemp bring pride to New Zealand. There isn’t a point where one aspect is off or overwhelming. It’s amazing to have six people contribute to reach a perfect parity and they did it.

If ascending into a dictatorship over the land, I would have this album be installed as part of the sex education curriculum in our nation’s schools. And Al Greene.  Don’t hold me on this because I haven’t conducted enough tests yet, but I think Dirty & Dumb made me better in bed from just listening to it.

I write to you from the perspective of not having seen them in concert. This is good for having not prior documenting me before exposure to the band firsthand, I can offer this proof of how I was before my life changed. Because, after seeing them, I know my life will be altered. Firsthand exposure to such mind altering perspectives and landscapes of Labretta Suede and the Motel 6 will rearrange a person’s priorities, lessening the emphasis on a guy’s Achievements and more on being a man of a physical world. Dirty & Dumb is a record that makes you want to run, jump, scream and feel the weight of gravity. It’s a record that makes you want to sweat, to feel your heart beat, to know the excitement that comes when talking to an attractive stranger. It’s the record that will steer people away from the immaterial and the electronic and more to the physical and local. It’s fucking awesome and you should go get it right now.