Following up on the original tentacle project, I wanted to try making one with “suckers” running along it’s length. To make the sucker rings I used 1/2″ cabone rings applied while one of the sealing layers of latex was still wet. After that layer dried, effectively serving to glue the rings to the body of the tentacle, I applied another layer of latex to lock them on and then did the final paint job. Here’s the result:

I like it, but I don’t think I can really recommend this particular approach. While the rings themselves are pretty cheap, $2 for about fifty, applying them took forever. I think it would be considerably faster to use hot glue to attach the rings before applying any latex. Then again, just making the rings from a bead of hot glue would be a lot easier and allow for a more natural variation in the sucker sizes. 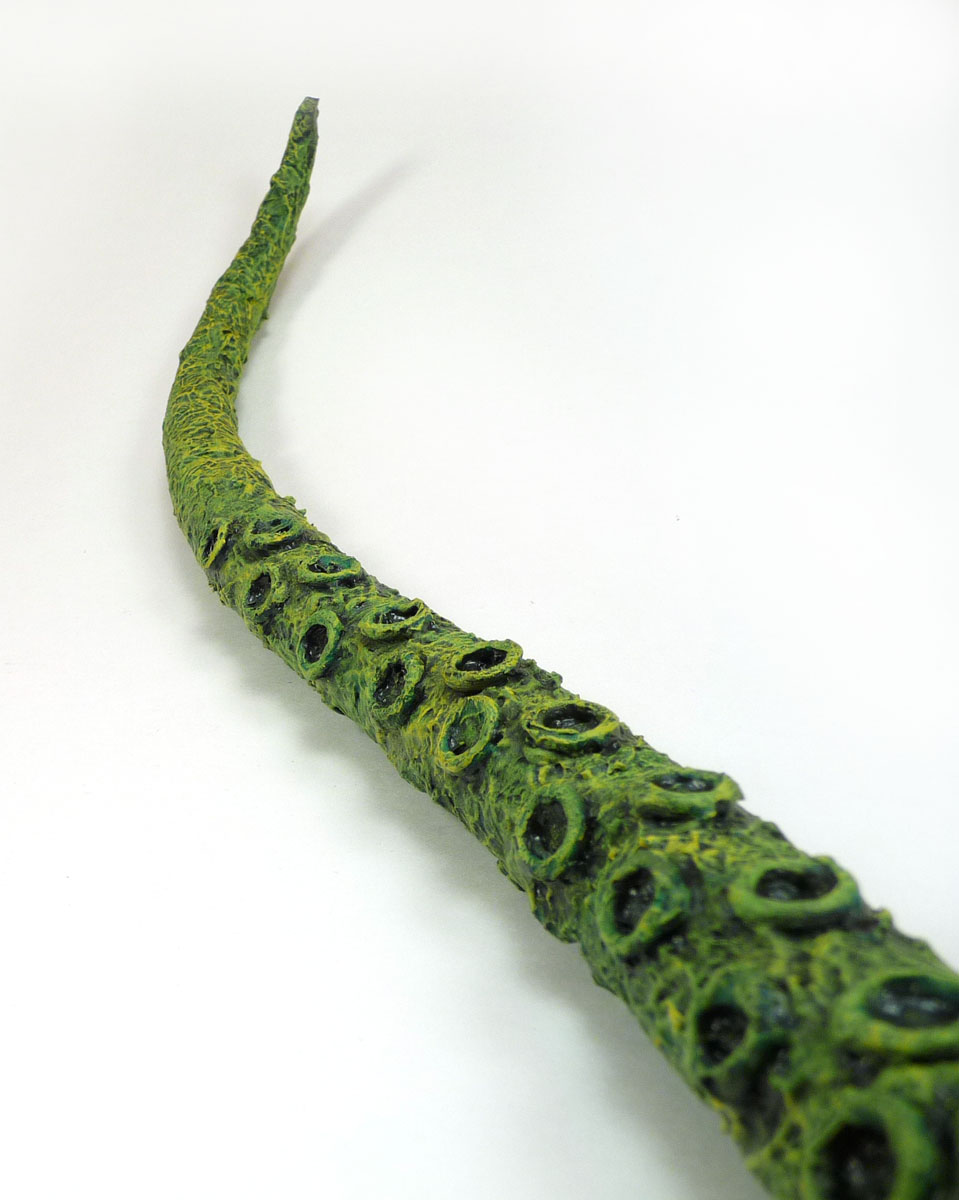 A close-up of the final result. BTW, does anyone where the name “cabone rings” comes from? From Googling I can see that they’re a common craft item used in fiber projects, but I couldn’t find any information on why they were invented or what they’re named after.

Ironically, while I was working on these suckers, Tom Banwell was making some of his own. There’s a lot to like about his method, which uses liquid latex cast in a disposable clay mold to produce a very organic, free flowing batch of sucker rings.