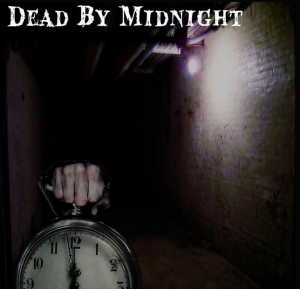 This year seems to be the “Year of the Sequels” when it comes to spooky ambient CD reviews (but rest assured, there will be some new material as well). Let’ start things off by diving right into the second release by Grave Tone Productions. We begin with “Dying of the Day,” in which the sounds of wind and soft piano work usher in a spooky narrator, who warns of the dangers present when the sun goes down. This is perfect for use with a yard haunt or when handing out candy on October 31st, in addition to making a great soundtrack for a haunted house’s “greeter” prop. “Night Terror” kicks off with tolling bells, awesomely rockin’ guitars and wordless female vocals. That said, the rock does take a brief break for the sounds of soft piano work and a ticking clock. That could allow use in a room with a spooky clock prop, but the children singing about a monster (whose distorted roars close the track) over subdued guitars could also make this work in the nursery scene of a “Haunted House of Rock.” Rattling noises and slow piano work give “Fatal Melody” an eerie feel. So much so that the energetic rock elements do not detract from it. There’s a definite sense of creeping or ascending and the unisex chorus towards the end really adds to the effect. This could work in any spooky room your haunt has to offer. “Death Awaits” has a fast and heavy rock intro which sets the tone for the rest of the track. The unisex backing choir is very creepy and nicely meshes with the music box-like tones and modern horror stings. There’s even some electronic sounds that would go great in a haunt’s laboratory. Although it’s vaguely Dethklok-sounding at times, it does slow down for an orchestral feel towards the end.

Considering the name of the album and use of a clock in an earlier track, the content of “The Final Hour” should not surprise you. There’s plenty of soft, ghostly unisex wails and piano work to go with the music box-style chiming. The intensity of piano work increases quickly, along with some interesting distortion effects. Speaking of effects, there’s plenty of sound effects to be found here. There’s creaking wood, a chiming clock bell and a man meeting his gruesome end. The great use of guitars and unnerving pianos really make this track work, along with the sounds that flow into the next track: “Graveyard Waltz.” Said track takes us outdoors, with plenty of appropriate effects like blowing wind, chirping crickets and frogs, distant howls (along with footsteps and a creaking gate) coupled with bursts of piano and spooky string work. I won’t spoil the identity of the killer (given in an echoing whisper), so you’re going to have to snag a copy of this if you want to find out.

Although the opening and closing tracks are only non-rock selections (and the only tracks not to contain samples), Dead By Midnight is somewhat more restrained than their first album. As much as I love the catchy rock nature of the album (which makes it great for your general listening pleasure in addition to its use with haunts), I was especially intrigued by the “standard” haunt tracks. I wouldn’t mind seeing more of those mixed in with the rock tracks in future releases. I also like how the album tells a loose story while still letting each track work on its own. Every track can be looped (although doing that with the first and last one might be unnecessary) and playing the entire album in a loop makes for a great soundtrack when you dish out candy on Halloween. Others will appreciate how, like their last album, Dead By Midnight can be used royalty-free in professional haunted attractions. Just be sure to visit their site for further details (and notes on how they can help publicize your haunt). As for me, I’m already looking forward into their next descent into the world of ambient horror metal…