Fear For Your Ears 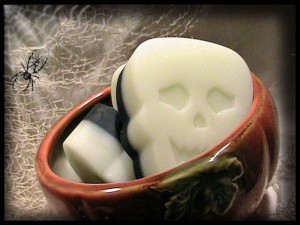 A postcard arrived late last week. Printed on the front was the image of wooden wagon wheel with one broken spoke. On the back, there was a name and a series of dates, the latter of which would be the time we could expect the body of Lloyd Hobbs to arrive. It was postmarked from Flagstaff, proving that Lloyd had gone pretty far to get away from home.

The circumstances of his passing remain unknown, though it’s never our place to ask. Perhaps when Berneau comes ’round from the funeral home, we’ll get more on what took the youngest of the Hobbs sons away at such a young age.

One of the dates on the postcard was of a party that will be held down at St. Anthony’s Bingo Hall. The Hobbs are a family of the tradition to celebrate the life and not mourn the passing. And though he walked with the look in his eye that, when peered upon this small corner of existance, only saw what he would leave behind as soon as he could, Lloyd was still very friendly and quick with his wit.

For this week’s Tuesday uEtsy, we’re pleased to spotlight Midnite Muse and their eclectic collection of home decor and party supplies. Fitting that we have need of their items. You don’t need a returning corpse to enjoy their items – you can use a local body, or no body at all. Though, it’s always good to have some body around when you party. 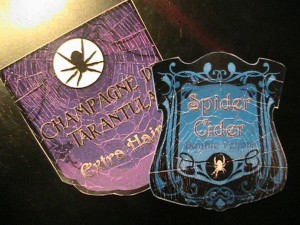 2 Large Custom Bottle Labels made to your request

One of the featured items at Midnite Muse is their custom bottle labels. While featuring your name brand sodas or alcohols might be fine and dandy, you can add a little bit of kick with a different label. Simply attach to the bottle and go. That bit of Maker’s Mark is now a bottle of Spider Eyes. Your 7-Up is now Lizard Spit. Use it to either ward off those who would steal your drink or to find those with the same culinary sicknesses as you. 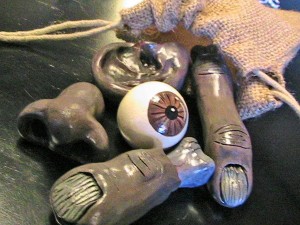 Eric Hobbs, one of Lloyd’s older brothers, is a known practical joker. There was some mutterings, at first, that the notice about Lloyd might have been an April Fool’s Day gag that was a few days late but those who knew the signficance of the broken wagon wheel quickly dismissed it. Besides, Eric is never late with a gag, spending anywhere from a week to months in advance planning some of his more elaborate ruses. These Severed Body Parts, ofered by Midnite Muse, are something that are right up his alley. We can see him now, taking one of the pieces and saying “I’m going to give you the finger” to someone at the party. You can do the same after purchasing your own set. 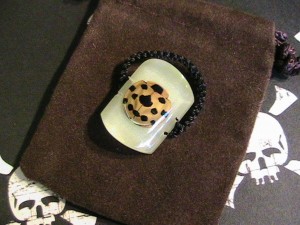 Life can be, in its highest, a burst of magnificent glory that extends beyond words or sounds, to the point where it is just known. In its lowest, it’s that absence of that exaltation which brings around the dark grey monster of somber despair. We think that’s why the Hobbs family chooses to celebrate at the time of tragedy, to drive out the grey beast and keep the spirits high. This ring, capturing a ladybug’s shell in clear resin, is a perfect example of both the awesome and the fragile of life. Wear it and display this sublime understanding of your existence. Plus, it glows in the dark. 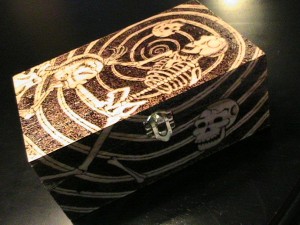 Not all things can be carried with you, like memories or small bits of fur caught in your hair. Sometimes, a photograph or a postcard will need to be filed away so that one day, a bit down the road, you come across it and the memory is still fresh. What better place than this large keepsake box, elegantly decorated through woodburned designs. Keep all sorts of memories. It’s strong enough and big enough to hold the world. 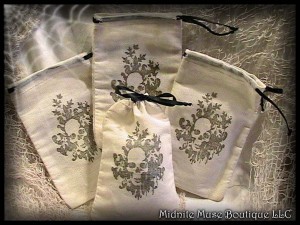 One of the common threads of a Hobbs family party is the gift to be given at the end. We suspect that mementos reminiscent of Lloyd’s life, from his time in the high school drama productions to his graduation at college to whatever brought him out to Flagstaff, will be collected and given to each person as a way to take a bit of him when we leave. Such bags like these muslin drawstrings are perfectly designed for not just this celebration, but any gift giving event. Keep your marbles so you don’t lose them; or pass along the next bit of gold to your friends and neighbors.

Midnite Muse and all their fantastic creations can be found over at their Etsy Store. Do check them out and see all the wonderful items they have for you. And we’ll have something for you – next week, with another Tuesday uEtsy.