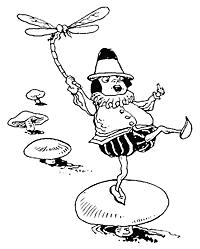 Since my last article about horror poetry turned out so well, I decided to revisit the subject. Wikisource has once again proven its usefulness to me thanks to its wealth of material. For example, I was able to find Christina Rossetti’s controversial “The Goblin Market,” James “B.V.” Thomson’s famous “The City of Dreadful Night,” Robert Burns’ “Halloween” and Nathaniel Hawthorne’s “Go to the Grave” there. Famed poet Henry Wadsworth Longfellow’s “Haunted Houses” and “Haunted Chamber” were there, as well as Don Marquis’ “Haunted” and “A Nightmare.” The works of Charles Baudelaire were also well represented by the somewhat NSFW “A Carcass,” “The Litanies of Satan” and “The Sick Muse.” Finally, Robert Southey’s “The Devil’s Walk” and “The Funeral” caught my interest. However, I had to go to Google Books to find Southey’s “To Horror” (which sadly features some politically incorrect content).

Google Books also yielded quite a lot of poems with spooky subject matter, like “Monday’s Troll” from Cobwebs, Chatters, and Chills: A Collection of Scary Poems by Patricia M. Stockland and “What Should I Be?” from Skeleton Bones and Goblin Groans: Poems for Halloween by Amy E. Sklansky and Karen Dismukes. The preview for Halloween Night by Charles Ghigna and Adam McCauley gives us “My Secret List,” “What to Wear on Halloween?” and “Costume Crazy.” However, things get decidedly more mature with poems like Jane Yolen’s “Knives” (based on “Cinderella”) and Donna Taylor Burgeess’ NSFW “Eat.” The adult nature of David Galef’s “Siren” should be of no surprise, given that it’s from the infamous Horror Between the Sheets. That said, Mark McLaughlin’s “The Titterer in the Twilight” is from the same anthology despite the lack of explicit content.

Amazon also offers numerous free book previews. I personally recommend checking out the ones for The Kingfisher Book of Scary Poems, Scary Poems to Make You Shiver, Delightfully Depressing Dark Poems, An Eyeball in My Garden: And Other Spine-Tingling Poems and The Graveyard Poet: Dark Adult Poems Of Horror, Madness and Death.

Although better known for his short stories, alt.horror.cthulhu regular James Ambuehl has also tried his hand at poetry. Works of his like “The Seed From the Stars,” “The Ballad of Black Bart” and “Following in Pickman’s Footsteps” can be found here.

Although you’ll have to sign into your Gmail/Google Groups account to see them, other poems can be found at alt.horror.cthulhu. Some ones that I found during my last trip there include “Old Ctharaths” by “Simon,” Thom Brannan’s “Unquiet Dreams,” “A poem dedicated to an unidentified supernatural entity” by Peter Vorobieff and “They Await” by “Special Agent Cooper.”

Bad Behavior has blocked 1003 access attempts in the last 7 days.