Where In The World is Weird Jon? 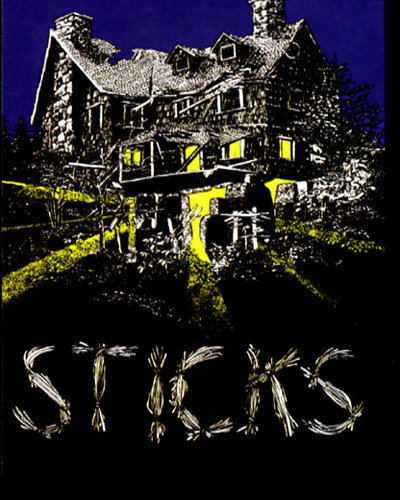 Given the renewed interest in 3D movies these days, I’m somewhat surprised that 3D audio isn’t receiving a similar comeback. After all, iPods have done wonders for sales of headphones (a requirement for 3D audio, not unlike the need for 3D glasses during movie-watching) and the promotional potential is definitely there. Although not the first company to work with binaural recordings, the ZBS Foundation has been working with 3D audio since its founding in 1970. Thanks to using a special “dummy head” Kunstkopf microphone called “Fritz,” many ZBS productions are able to allow listeners to feel like they were actually in the middle of the action being depicted in the audio drama they are listening to. That’s because the microphone is designed to record sounds as a human being would hear them. While their audio adaptation of Stephen King’s The Mist is arguably one of their best-known works, its being distributed by Simon & Schuster Audio did overshadow the radio play’s origins. Although made in the 70’s, the subject of today’s review was featured on the ZBS radio series The Cabinet of Dr. Fritz with The Mist (and other ZBS productions) from 1984-1985.

Before Sticks (based on Karl Edward Wagner’s 1974 short story of the same name) begins, we start off with the opening sequence for The Cabinet of Dr. Fritz. The ethereal female voice hosting this segment is very effect as she demonstrates how to ensure you’re getting the most out of your 3D listening experience. From whispering in each ears to seemingly flying overhead, it’s all too easy to forget you’re wearing headphones at all! Sticks starts with artist Colin Leverett and his girlfriend investigating an abandoned house surrounded by bizarre stick structures while vacationing in New York’s Adirondack Mountains. After falling through a section of the floor while sketching the increasingly complex stick figures, he has a terrifying encounter from which he barely escapes…and barely remembers. In an attempt to both end his recurring nightmares and figure out what happened there, the couple seeks out the assistance of an associate who might know more about the matter. What they learn seems astonishing, as the stick figures seem to be the work of a Bronze age cult who used them to represent stars. But their recent creation suggests the cult isn’t as dead as history would have us believe…

Normally I trail off in the plot descriptions of what I’m reviewing in order to both avoid spoilers and to intrigue readers enough to seek out and purchase the subject of my review. However, this time it’s because that’s all I could make out from the story! Yes, despite the crystal clear nature of The Cabinet of Dr. Fritz introduction, Sticks starts out fine and rapidly decreases in clarity of dialogue (the sound effects are always clearly heard). My headphones were fully plugged in and I even had the volume cranked all the way up! It’s a shame, as the 3D audio effects were wonderful (especially the bat swarm attack) and the what little of the story I could make out was very creepy. Had I not read a spoiler-filled description of the original story (more on that later), I never would have been able to figure out what was going on (let alone the Lovecraft connection) for the bulk of Sticks’ duration.

However, there are no such issues with the second story on the disc. Sticks has been accompanied by several audio dramas over the years, and this particular release features The Bleeding Man, a 1981 adaptation of Craig Strete’s 1978 short horror story of the same name. Although it runs a little over 12 minutes compared to Sticks’ 29 minute running time, it packs in just as much chills (perhaps even moreso) as the main story. The titular The Bleeding Man is an unnamed Native American male who has been bleeding from the chest ever since the day he was born, generating much more blood than humanly possible. The plot alternates between the government scientists attempting to analyze him and the ramblings of the man’s uncle, which hint at something far more sinister than simple genetic mutation. While I hesitate to call this “Lovecraftian,” The Bleeding Man does have certain elements that should appeal to fans of Lovecraft’s work. Asides about the bleeder being too powerful to have a name and not being old enough to “do what he was born to do” are only the tip of the iceberg. The audio, an interesting mix of stereo and binaural effects, is both crystal clear and a perfect example of just how much of a difference advances in technology can make in audio recordings. The fact that Sticks was mastered on analog tape and recorded in an abandoned house using the first generation “Fritz” microphone are probably also factors for the difference in sound quality. Although I could only hear parts of Sticks, I enjoyed the cast performances in both audio dramas.

The source material for Sticks is quite fascinating. Although the author was better known for his fantasy novels starring a warrior named Kane, Wagner was also an accomplished horror writer and helped found the horror publishing company Carcosa. Besides being an obvious homage to H.P. Lovecraft (and Arthur Machen), Sticks contained numerous injokes regarding Wagner’s circle of friends in the industry. The protagonist is clearly inspired by his friend Lee Brown Coye, who provided illustrations for both Carcosa’s and Arkham House’s horror anthologies, while other characters represent August Derleth, H.P. Lovecraft and even Wagner himself! In fact, the story is loosely based on something that actually happened to Coye! He had stumbled across an abandoned farm surrounded by stick structures in 1938 and upon returning to the sit years later, he found that everything had been washed away in a flood! Intrigued by the mysterious events at the farm, sticks became a major motif in his work. You can even see an example of his work here.

Please do not let the quality issues with Sticks deter you from listening to any ZBS productions. As I touched on earlier, the only ZBS works that suffer from volume issues seem to be their earliest 70’s productions. They have a wide variety of science fiction and horror-related titles available on CD-R, such as 90 Second Cellphone Chillin’ Theatre, the Jack Flanders series and the Ruby the Galactic Gumshoe series. I should also point out that not all of their work features 3D audio, so please keep this in mind when you’re browsing through their products.

Special thanks to ZBS Foundation for the review copy!

Bad Behavior has blocked 1240 access attempts in the last 7 days.