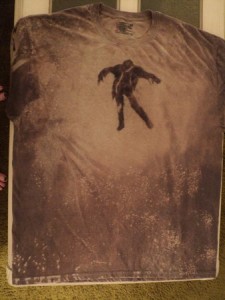 For some, the summer isn’t all that fun. Dog-mouth humidity and high temperatures might make someone choose to hibernate in front of a window-mounted AC unit until the end of September. We can’t fault a person for doing that. There will come a time in early August when we pine for the winter and ultimately, when we get it, wonder what the hell we were thinking.

There are some places nearby where there is no haven from the summer when things peak into the extremes. We know that some, like Bernie and his family, reside is a place just a short walk away from a nice little swimming pool where the river eddys out, giving a place for Poinsettia and Gulko’s daughter, Belle Morte, can hang out with their friends. Gulko’s brother, Fishka and his wife Moseline, act as life guards since their house is just across the way from the river.

They actually moved from a different corner, one near the old paper plant out in Stokstad Industrial Park.

“Not enough shade,” said Fishka, on why he moved. And it’s true. If you can find a tree out in that Industrial Park, you’re bound to be sharing it with twenty others who have gone out for a smoke break. The paper plant is still functioning, albeit at a much reduced version than years ago.

We know Rusty Ray likes it out there. The guy runs the groundskeeper group contracted to keeping the place clean. This week’s Tuesday uEtsy reminds us heavily of Ray. We wouldn’t be surprised if Ray was next seen wearing one of Trance Doll Apparel’s t-shirts when he’s driving his cart from one building to the next. 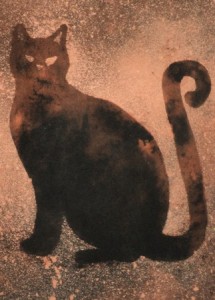 The process used by Trance Doll Apparel makes each shirt unique. The design is concurrent with each production but the variation makes sure that what you purchase is completely different. So when your Luna shirt, like the one above, arrives, you can be sure that the display is different than one your friend might purchase. This eliminates the embarrassment of showing up at a party wearing the same thing. 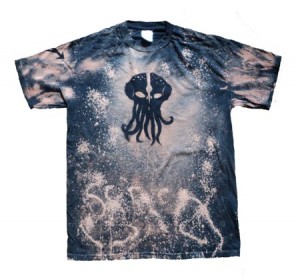 Perhaps it was Lovecraft’s penchant to always be cold but we don’t picture ol’ squidface as a monster of the summertime. Perhaps we’re wrong and that those appearing on the beach or at the cabana with this fine piece of clothing will fit right in. Dagon, that’s someone we see having a ball during the summer month. We see C’thulu being more fall and spring, but be your own judge. Maybe you have some insider knowledge that C’thulu’s new form of worship is to ressurrect the “Beach Blanket Bingo” movies. That would explain a lot of the subtext with Frankie and Anette, to be honest. 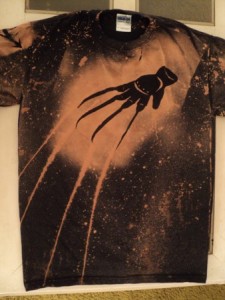 Nightmare on YOUR Street T-Shirt

Twenty-seven years later from the original and this icon is instantly identifiable to any of you horror fiends. We don’t have an Elm street in this town, probably out of reverence for the name or possibly because the founders never planted a street lined with Elms. Plenty of nightmares, though, and a lot of odd gardeners so this shirt will fit in just nicely. 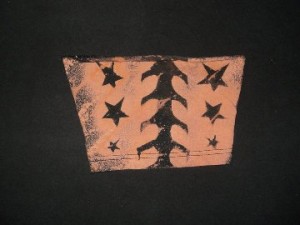 A good way to keep your hair off your neck, and providing a bit of breeze to cool you down, is this head wrap. Though christened “Decaying Transient,” the pattern doesn’t reflect a decomposing hobo. Instead, it’s a enjoyable pattern that will compliment your wardrobe. Though, perhaps you like that term and have finally found that title to put on your business card. 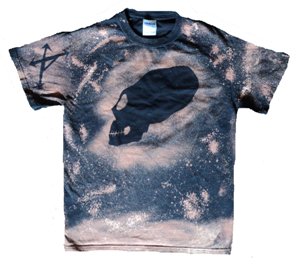 An interesting title for this piece, ‘perusing’ implies a thorough examination, though it might be a pun on the “Peruvian elongated skull” featured on the shirt. Pervuising? It’s something to consider. To “peruse,” so to speak.

Peruse through the entire selection of Trance Doll Aparel’s line. There are some recent additions that will knock you out. And when you come to, head over to Trance Doll Aparel’s Facebook Page. LIKE or DO NOT LIKE, there is not in between. There IS another Tuesday uEtsy up next week. We’ll see you then.

Bad Behavior has blocked 1603 access attempts in the last 7 days.