The Return Man (plus Contest)

The Man Who Collected Food 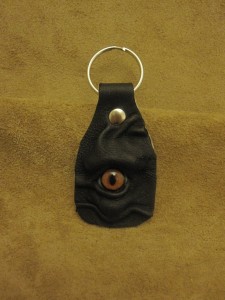 This is a horrible time to feel alone. With the economy hovering between the limbo of life and death, the current well-being of multiple generations growing more perilous, it’s a bad time to be isolated from the rest of the world. Uncertainty and strife will lead a person down a dark path and there’s the peril of not turning back.

[Note: If you feel like you’re alone, reach out to the right people who can offer you assistance. Please. You always have options and there are people who genuinely care about your well-being, even if they don’t know you. There are empathetic individuals who want to help lighten your load. It works.]

Privacy is a good thing, however. Being able to feel alone, even among the wild throngs of humanity that surge and flood the small towns and metropolitans alike, is a growing luxury for some.

We know there are individuals out there whose personality and thoughts are only meant for themselves, that such a self-sustaining character can act without social connections to anyone else. Prof. Luquet was like that, as well is Mr. Fallingard to some extent. To some, these individuals who exist without ties are either self-sufficient examples of proper living or dangerous sociopaths.

This all leads to the works of Grichels, whose works incorporates the unblinking eye. It’s amazing leatherwork that involves some creepy visuals. If you need someone to watch over you, this is a good way to find a totem to guide you through the dark night until the first light of the next morning. 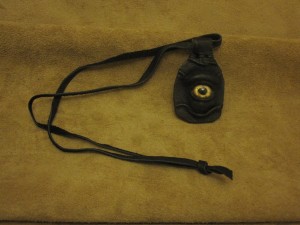 Sometimes, you need a third eye. And sometimes, that eye doesn’t have to be your own. Take, for example, this pendant. You’re in a heated argument with a bitter rival over something that can make or break this career. Suddenly, you pull out this pendant, previously hidden in the confines of your shirt. Revealing its unmoving stare, the necklace stuns your opponent, leaving you at an advantage. Either you then trap them in a box or move on to the meeting to give your proposal. Depends on what field you’re in. 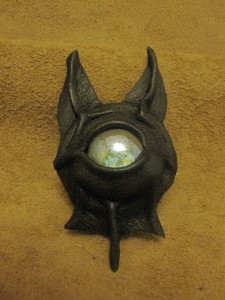 Grichels makes a lot of distinct, emotive faces out of leather. Those vegans in our readership are probably arguing that leather used to be someone’s face. They’re right. If you are uncomfortable with leather, you might want to come back next week. Or probably switch to a non-animal-biproduct vinyl substitute. And be sure to apply babypowder. If you’re uncomfortable with leather, vinyl isn’t that much better. If this conversation is awkward, imagine how powerful it could be when you have this brooch on your chest. 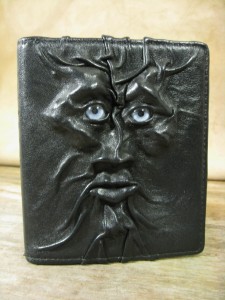 Clearly, Grichels wasn’t going to let the opportunity to make a living-face book covering pass by. Instead of hampering the cover with just one book, Grichels has outfitted this cover for a Sony Pocket Reader. This character is named Gonart. We don’t know why and we are too afraid to ask, to be honest. 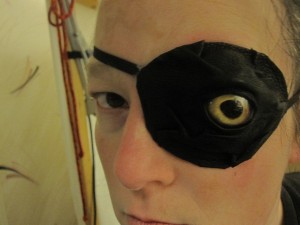 Normally, when you lose an eye, that’s when a glass substitute comes into play; however, not like this. Perhaps you haven’t lost the eye and just scratched it, getting a recommendation from your optometrist to wear a patch for a few days while your cornea heals. Why go the traditional (read: BORING) route of a medical patch when you can don this leather get-up from Gretchels. Perfect if you also want to be a scarecrow while taking a nap or cheating at a staring contest. 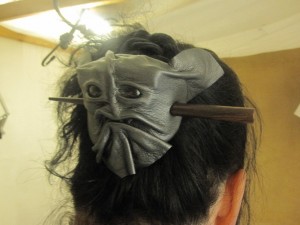 When he was growing up, Strange Jason came across a picture book that showed workers in India wearing tiger masks on the back of their head. With the two-faces constantly watching, the cartoon tiger couldn’t sneak up on the men as they did whatever they did. We’re not entirely sure of that practice’s validity and Strange Jason has gone on to say “sounds kind of racist to me, but whatever. Could be real. Who knows?” If there is some truth to keeping predators from messing with your day by having a fixed gaze warding them off, welcome to Grichels; only here can you have this grimacing face look at all the people behind you. Pretty amazing, right?

These amazing products AND MORE are available here. Peep them and buy them. After getting an eyeful, come back next week for another Tuesday uEtsy.

Got a etsy store in mind that might be good for a Tuesdy uEtsy spotlight? Drop us a line.

Bad Behavior has blocked 804 access attempts in the last 7 days.