My plans have deviated. Instead of having a snarky, stream of consciousness review of Critters 2 up today, I’ve decided to take a short trip of my own. I’ve moved recently, leaving Crown Street Cemetery and the rest of New Haven behind. I’m currently situated in Northern Brooklyn until I find a permanent arrangement.

Halloween, from what I’m told, is insane in this part of the world. Unless the Witches In Bikinis are having a float this year, I’m going to follow the advice and avoid the parade in Manhattan (due to traffic and tourism, which I am still of the latter until I get my own billing address.) 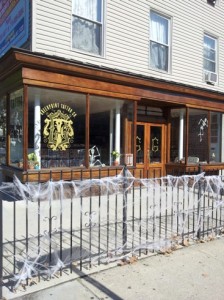 A local tattoo parlor has gotten into the spirit. 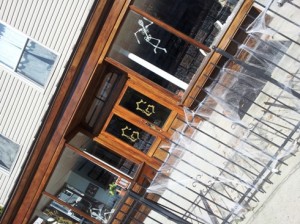 This isn’t the part of the boroughs known for kids and families. I’ll have to travel south for that. However, the lack of kids hasn’t stopped some from getting into it. Seeing the three pumpkins below reminded me the news that due to the constant rains and bad weather of the summer, the Harvest this year is going to be a paltry one. Smaller and more expensive pumpkins. Shame. 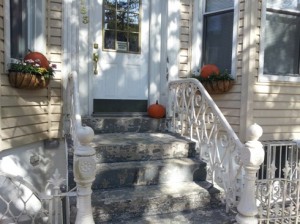 One place has gone all out, already. 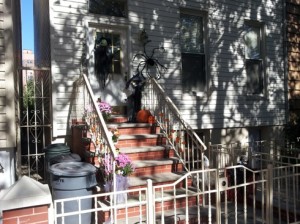 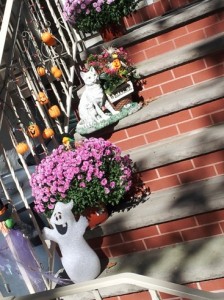 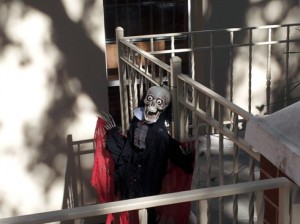 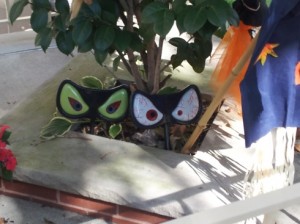 Though not for Halloween, I did find a car that was oddly appropriate for the season. 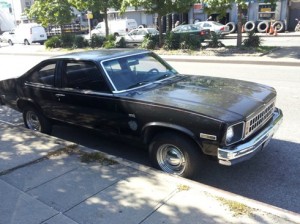 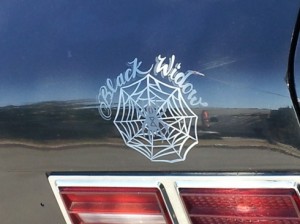 I think I’m going to enjoy this town.