The Hand of Fate

Someone found the original 16mm work print of Manos, The Hands of Fate. It’s pristine, it’s beautiful and there’s efforts to put that movie into HD.

Ben (no last name given) first posted on the SomethingAwful forums, then released the public, his story on how an Ebay bid got him numerous prints of public domain classics like The Atomic Brain and Hamlet. In the boxes of film were two copies of Manos, one of them being the original 16mm work print.

It’s an interesting read. Ben, making his living as a Cameraman, has a distinct perspective on moviemaking. It seems he’s taken this discovery as a duty to film history. The pictures (scanned digitally from the print) that Ben has put up show that the movie is actually quite stunning in its original form, that the bad transfer that we’re used to (mostly from MST3K) is a crime against the movie. Granted, it won’t change everything but this bit of opportunity that has fallen into Ben’s lap might give the much belittled film a second chance.

While it remains to be seen if this film is for anything but a niche market, I also feel that if I don’t restore it no one else will.

Follow along in the process over at ManosInHD.com. At this moment, there are plans for a limited blue-ray run. I’m sure in the future, Ben will announce financial/fundraising efforts. 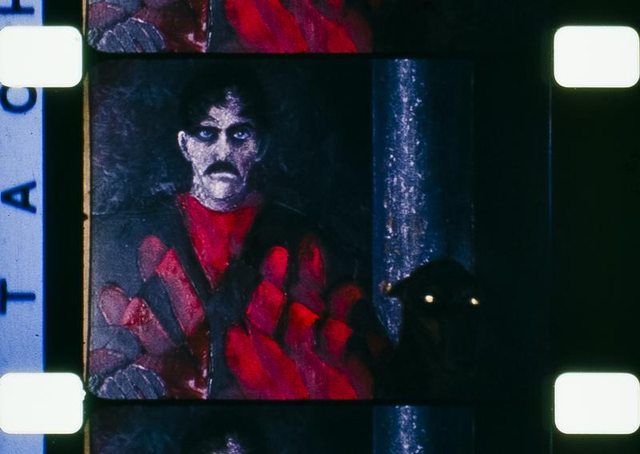