Review: Popcorn Horror for your phone. 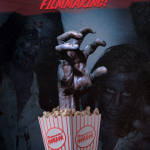 Available for Android and iPhone.

Admittedly, I don’t have a lot of horror apps on my phone. And that might not be my fault. I use a Galaxy SII with the Android OS, whose app store is slightly anemic compared to the robust iPhone App store, but each platform has an abundant amount of crap.

Plenty of apps are available that give you spooky sounds, haunted wallpapers and useless little games involving zombies and chainsaws and blah blah blah.

The only app I found worth downloading was the Dread Central app, just because it gave a news feed without all the crappy adds and shitty coding you find on the mainpage. So when Popcorn Horror reached out and let us here at GdL16 know about them, I was really excited at what they were offering: an app designated for the distribution of independent horror shorts. 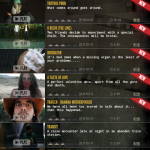 Popcorn Horror, developed in 2011 by two of Scotland’s finest sons, Felix Gilfedder and Derek McEwen, is a nifty little app that allows you to stream short horror movies from independent filmmakers. As per the site’s guidelines, films should be no longer than 20 minutes. The shorts run about 5-10 minutes, with varying themes – comedy, suspense, grindhouse and slashers alike can be found.

The videos are in good to fantastic quality. There wasn’t any problem in viewing them on my device.  Users have the ability to rate and comment on each individual video, which is good as it associates the discussion WITH the film itself and not on a separate forum. There’s no confusing way to navigate back and forth to watch something you might have missed. The navigation is really smooth and effortless with this app and there’s no lag at all.  You do have to click/touch the movie’s description or else you will miss out on the ability to log your opinions about the short. It took me a couple tries before I discovered this feature. I blame the user, not the app. 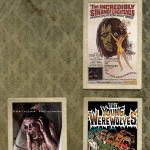 Additional features involve the horror quote, which allows you trivia nerds to flex your brain-muscles by adding in quotes both popular and obscure. There are also wallpapers available so you can decorate your mobile device accordingly.

The app itself is free but you need to purchase a Premium Ticket in order to access the full application. A fifteen dollar fee gets you full access to the Popcorn Horror film library whereas the free version only allows you to view about six shorts at a time. 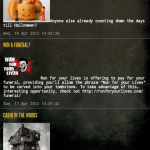 Popcorn Horror is a great idea and it’s only a year old, so I can’t really hold any major criticism against it. But if I were to make suggestions as to what might entice me to spend my money with this app, I would want more to do. I love the idea of an app distributing independent horror shorts like this. It’s also beautiful, which captures the feel and look of a gritty cinematic experience. However, outside of the six shorts I’m allowed to watch, there’s not much else here. The quotes option is nice but it doesn’t have much life to it and the Community tab is a one-way news feed.

If you have better ideas, you can join the Facebook community made to discuss the further development of Popcorn Horror. https://www.facebook.com/PopcornHorror2 allows you to discuss everything with the creators, filmmakers and like minded individuals.

I highly recommend downloading Popcorn Horror. I think that this offers a great outlet for horror shorts to reach a wide audience and for fans to connect. It’s a gorgeous piece of technology and its it’s an idea I support thoroughly. I look forward to its development and to what the sequel brings.