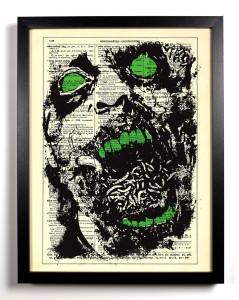 The goods of Stay Gold Media are, in a word, classy. Even with their most poppest of pop culture product, there’s an air of respect and quality that the people at Stay Gold have towards both their artwork and their choice of medium of upcycled, repurposed dictionary pages. With a plethora of horror related images (and non-horror) available, you can add a bit of upscale spooky to your abode.

It reminds us about a recent incident. Ant Muller, one of the latest hires at the Berneau Family Funeral Home, has been hanging around Quiet Side lately. His first client through his new employer was laid to rest, one Edward Stone.

“I used to work the morgue in a hospital, but got tired of the grind and wanted to settle down and raise a family,” said Ant. “One of my colleagues spoke highly about Leathbridge, probably due to the Mortuary Science department at the university. It was lucky that I could find a job with Berneau’s. I’ll also teach a class or two, but—”

Ant said he never met any of the groundskeepers at any of the cemeteries since he never knew where the bodies were going. His work was more diagnosis than decorative.

“I was worried I couldn’t do it. Working a funeral home is different than pulling the graveyard shift—no, uh, offense meant—at St. Catherine’s. Normally, I found out what killed the person, filled my report and passed the cleanup for others. But.”

There was another pause in his conversation. 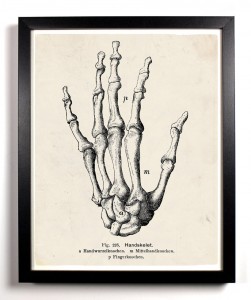 Stay Gold also offers antique illustrations from anatomy and nature books, proving that special gift for your doctor or mortician friend. Sometimes, one can’t simply afford to purchase an exploded skull or a gall bladder in a glass box. What better way to say “I respect your knowledge of the human machine” than with a lovely print of one of the finer inter-workings?

“I went to meet Ed Stone’s family,” continued Ant, “at his house. Eric—y’know, Eric Berneau? He’s the one that’ll take over the whole place. He had me go over to Ed’s home to get to know him better.

“I was ‘know him better?’ The idea is to keep it impersonal. It’s kind of a way to handle the fact that I deal in dead bodies, people that are no more.  Eric talked about his family’s ethic about running the business, about getting to know the person in order to find the right way to present him to not just the public but, I guess, the dead. Or something like that. He said it was about respect and I guess I could get into that.” 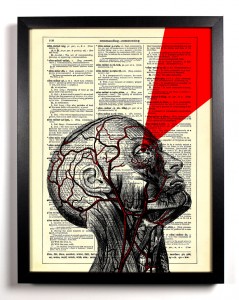 Anyone can just take prints and put them on old pages of books, but it takes the skill and artful eye to frame the design accordingly with the type of page from a specific book. Anyone with lesser of a mind than Stay Gold might end up obfuscating the entirety of the dictionary page’s original type with an opaque design, rendering the whole point of printing on the upcycled paper moot. Know that when you buy from Stay Gold, you’ll be buying from people who know what they’re doing in making your purchase something special and distinct.

Ant continued to tell his story over the coffee supplied to him by the Intern. “We went over to Ed’s home and it turns out he was a librarian for forty years. He was sort of retired at the end, but he was still doing volunteer work up until the day his body gave out. When we got there, I didn’t know what to make of it. I’ve seen Hoarders but this was much different.

“When you hear someone say ‘wall to wall,’ they’re talking about Ed Stone’s place. The guy had books from one corner to another. They were shelved but there were shelves on wheels, just so he could move them around and put in more books. It was a library that was just as big as the public one in town, maybe even bigger than the university’s! 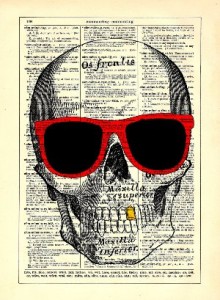 The pages you see advertised in these pictures are not those that will be in your print, as each print is uniquely run across a different page from a vintage dictionary or reference book. The combination of print subject matter and what random page leads to an exciting situation, as you don’t know what you just might wind up with–something fortuitous, hilarious or possibly prophetic.

“The place was kind of messy,” said Ant, as he remembered Ed Stone’s home. “His kitchen was kind of a wreck and his bedroom was trashed the way that old men living by themselves usually end up, right? I don’t do house calls but I’ve read enough police reports to get an idea. But seeing it firsthand was weird. It was even weirder because the rooms with the books were immaculate. Needed a good dusting but that’s probably because Ed hadn’t been around for a while.

“These books, and this is the strange thing, they all were from libraries. Not just the Leathbridge public one, but one from libraries two towns over. Was Ed stealing books? Was he checking them out and he had overdue fines? No! We checked into it and it turns out that these books were set for disposal – incineration, recycling, whatever. Either they had two copies and space for one or they were worthless but Ed came along, either took them for free or made a good purchase and kept them in his house. 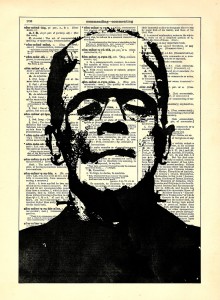 The wide range of print subjects means you can decorate your home with the goods from Stay Gold Media, no matter what your style or scene may be. Horror. Happiness. Punk. Pixie. Stay Gold caters to all types and pursuing their  store will incite temptation to click BUY on at least three items.

When asked to explain further, Ant said “Well, Ed’s will kind of was strange. He said he wanted to be taken care of in a way that was fitting to his life. He doesn’t have any living family – his parents are long gone, his wife died two years ago and he was an only child. No kids. I imagine he called these books ‘his children,’ but yeah—that’s creepy, I know.

“I don’t know how we got the legal ramifications for it. State laws, perhaps. I know some places would have a fit if this happened and both me and Eric would be in the jail. But let me tell you this. There’s a rare book room in the University, where there are twelve volumes of a thirteen volume set. We found this collection of the stories that Ed liked. Shakespeare. Milton. Mark Twain. It spans the centuries. You need special permission to see them, because there aren’t many books around anymore that have been bound in human skin. The final volume of that set? It sits in the head librarian’s office at the Leathbridge Public Library. I’m not entirely sure what stories were written into those pages. Eric wouldn’t tell me. I don’t think he knows, either.” 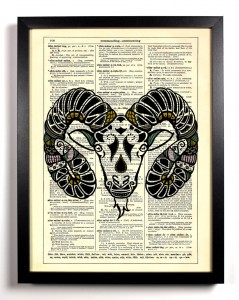 Ant concluded that the remains of Edward Stone were buried underneath a trio of pine trees, the type of softwood often used in the manufacturing of paper.

You can find all the Stay Gold items on sale here, on their Etsy Store. Look, buy, frame. You win. And when you’re done, come back next week for another edition of Tuesday uEtsy.

Bad Behavior has blocked 1344 access attempts in the last 7 days.