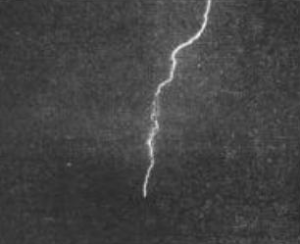 Longtime readers may recall that, in our last installment, I noted how the phrase “It was a dark and stormy night” was coined by the author of The Haunters and the Haunted. The phrase has turned up in countless horror stories, like “The Monkey’s Paw,” and I have decided to pay tribute to that fact by offering a collection of stories that are well-suited for reading on such a night.

Naturally, such a theme wouldn’t be complete without some stories influenced by the masters of the horror genre. Greg Chapman’s short story collection Midnight Theatre features a Poe-inspired tale called “Patrick Oswald Edwards” while Mike Minnis’ “The Girl Who Walked in Circles” is very Lovecraftian. Also, both “The Mysterious Card” and “The Mysterious Card Unveiled” by Cleveland Moffett are highly influenced by Robert W. Chambers’ The King in Yellow.

The Amazon preview for Hell Comes to Hollywood features Laura Brennan’s unique take on a ghost story called “Message in a Bottle.”

Those seeking a (comparatively) more traditional lodger story should seek out “The Basket” by Herbert J. Mangham.

The internet can be a terrifying place, as demonstrated by Dwight McPherson’s “The Deathly Tweet” and the NSFW tale “Links” by Kurt Newton.

Ralph Adams Cram offers up a spine-chilling tale of what happens to two friends when they travel through “The Dead Valley.”

I’m sure many of you reading this have fond memories of Scary Stories to Tell in the Dark by Alvin Schwartz. Now you can relive them by reading the following selections from said book: “Wait Till Martin Comes” and “The Attic.”

“The Noseeums” by Jeremy Russell offers an interesting (and creepy) explanation for why ghosts are almost always seen in buildings.

Ambrose Bierce is famous for his tales of the supernatural and the fantastic, and “The Moonlit Road” easily demonstrates why this is the case.

Robert Anton Wilson once said that his “Schrödinger’s Cat trilogy” was not a “Shaggy shoggoth story.” Besides being an amusing play on the traditional “shaggy dog story,” I think the term is perfect for describing “The Seven Geases” by Clark Aston Smith and “The Descent into the Abyss” by Lin Carter.

Last but not least, Jeremy C. Shipp has a huge assortment of free horror stories available on his website.