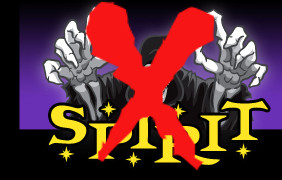 Sometime last week, I wrote a diatribe about Spirit Halloween. There are many reasons for me to hate Spirit Halloween, the second of the most grievous offenses being the overpriced line of stupid, racist, and sexist costumes. The hate-fueled rant included a lot of obscenities, since the title ‘Fuck You, Spirit Halloween’ set the tone. I tried to outdo myself with a different way I could say ‘fuck you,’ which ultimately degraded into such rabid foaming, like wishing death via prostate cancer upon any guy who bought the ‘Fireman With Big Hose’ costume.

The post got scrapped. When I start wishing death and doom on hypothetical strangers, it’s clear I’m running on anger and not thought.

A few days ago, Io9.com posted a gallery of some of the worst geek-related costumes. ‘Sluttiest and Weirdest Store-Bought Halloween Costumes for 2012’ dealt strictly with nerd/geek culture, avoiding the racist and stupid costumes, adhering to the site’s theme. After seeing the post, I thought that it would be redundant to try and rework the original post to a more coherent, sensible one.

Still, some of the problems bother me. It’s 2012 and there shouldn’t be a need to point out how dressing in a Mexican Style Men’s Costume is degrading to not just another country’s culture, but to you as a person. It says you not only think dressing up as a racist caricature is funny, that you had forty bucks to blow on it. Way to go, asshole.

But I hate the term ‘slutty’ as it seems to enforce someone’s perception of sex and what’s ‘acceptable.’ It’s a shitty term to use. Yes, these costumes are hyperseualized, but in the same way that dressing up like Jason Voorhees, Patrick Bateman or Freddy Krueger is hyperviolent. Sex and violence are different things, of course, but the idea of Halloween is to live a little exaggerated. It’s scary. But sex is always a part of horror.  My problem isn’t with being sexual or taking advantage of the night’s lax dress code to wear something you normally wouldn’t. I hate on how these corporations seem to reduce women to just the sexual aspect of horror. That might be a problem with Horror itself but Spirit Halloween isn’t helping.

I also got to hate on the gendered idea that women aren’t funny. It seems the ‘Funny’ label is bandied about the male costumes that are offensive or witty (as witty as one can be.)  The ‘funny’ women costumes are no different than the ‘sexy.’

This is one of the reasons I don’t like Halloween, at least in the public eye. Spirit Halloween and similar companies who mass produce costumes reduce everyone into categories based off of exaggerated gender roles and stereotypes. It’s demeaning to think that ethnicities are made into costumes and women are diminished to simple aspects of their sexuality. There is a way to change it – don’t buy the costumes. Write letters expressing your disapproval. And basically say ‘Fuck You, Spirit Halloween.’ Make Halloween your own. Don’t let mass-marketed definitions of this holiday be imposed upon you. Halloween Is Whatever You Make It To Be.

Bad Behavior has blocked 899 access attempts in the last 7 days.