Music to Game By IV

A friend of mine is having an “Area 51” themed Halloween party and asked if I would be willing to come up with some decorations. He already had an awesome prop of a grey alien in a cryochamber from last year (created from a cylindrical Coca-Cola ice cooler he salvaged from a local convenience store) as well as some nifty plasma globes, fog machines, and lighting effects from his DJ set-up. After a little back and forth we decided I would do some alien artifacts and specimens that would be displayed around the “facility” in his garage.

After spending $2 on a pair of children’s puzzles at the Salvation Army I had the makings of a “hyperdimensional energy tap”. The first puzzle was a four-sided pyramid made from nesting plastic squares, while the second included about three dozen trapezoid-shaped tiles that could be combined to form different animal shapes. After fiddling around for an hour, and the liberal application of some gel-type superglue, this is what I came up with: 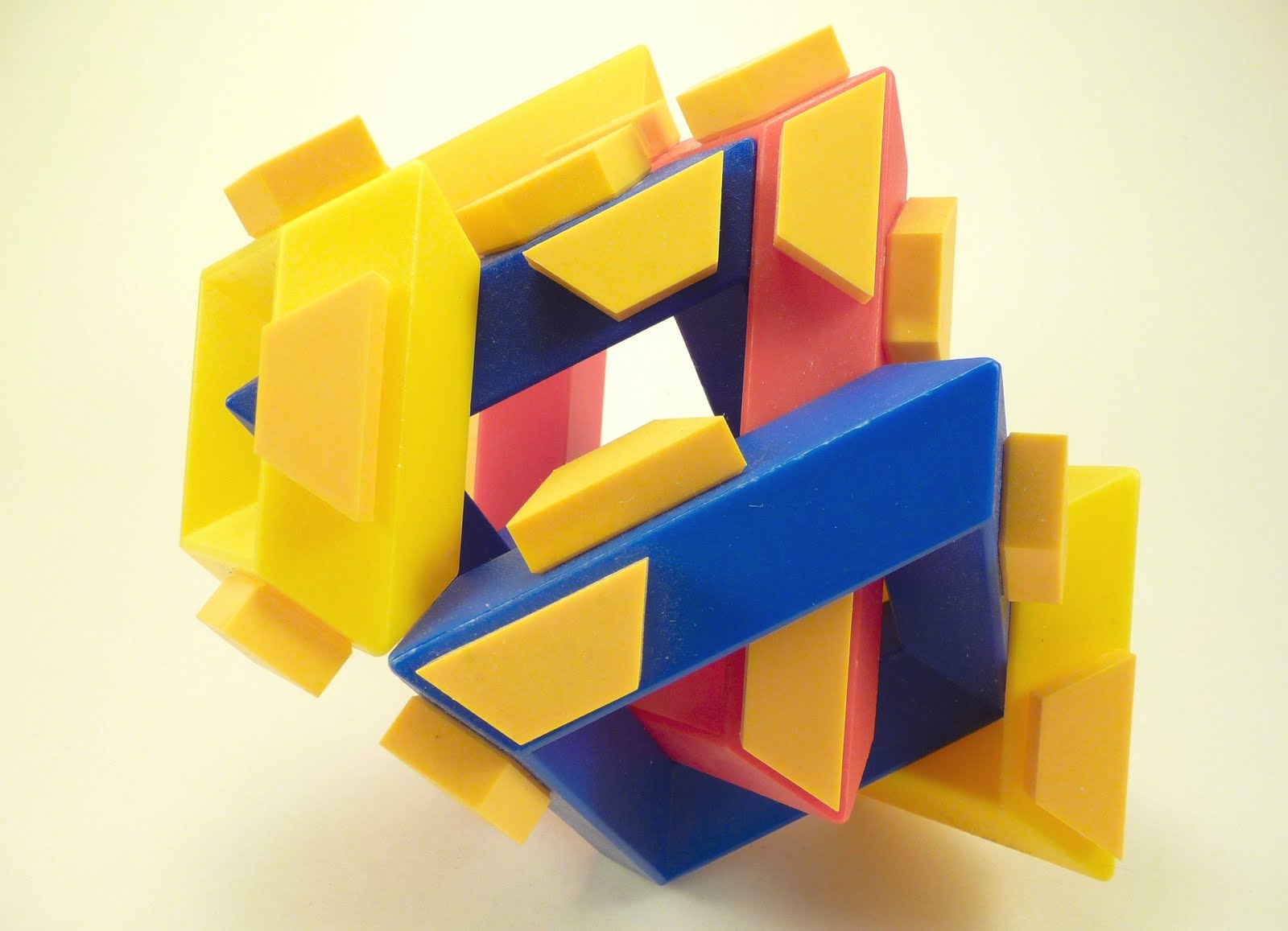 The basic frame measures roughly 8″ by 6″ by 6″ and was formed by supergluing the pyramid squares together at right angles. The tiles from the animal game were then glued to the squares to provide some visual detail.

To provide a suggestion of age and some additional visual interest I added some scattered texture to the project by daubing on Bondo glazing putty. Once that was dry I spray-painted the whole thing with a black primer coat and then hand painted it metallic copper followed by a green wash in selected areas. That was all topped off by drybrushing the piece with some bright yellow and metallic antique gold. Here’s the final result: 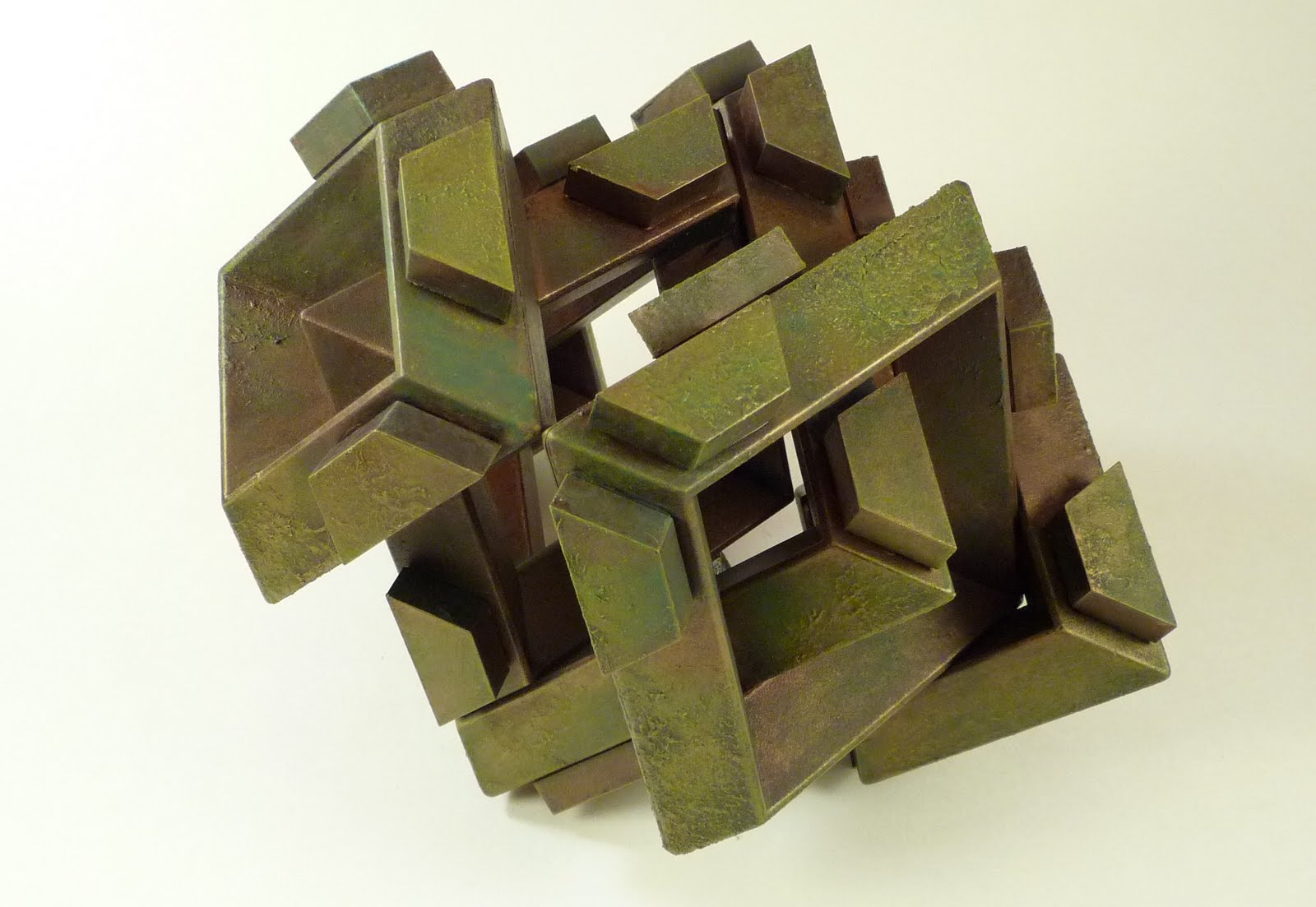 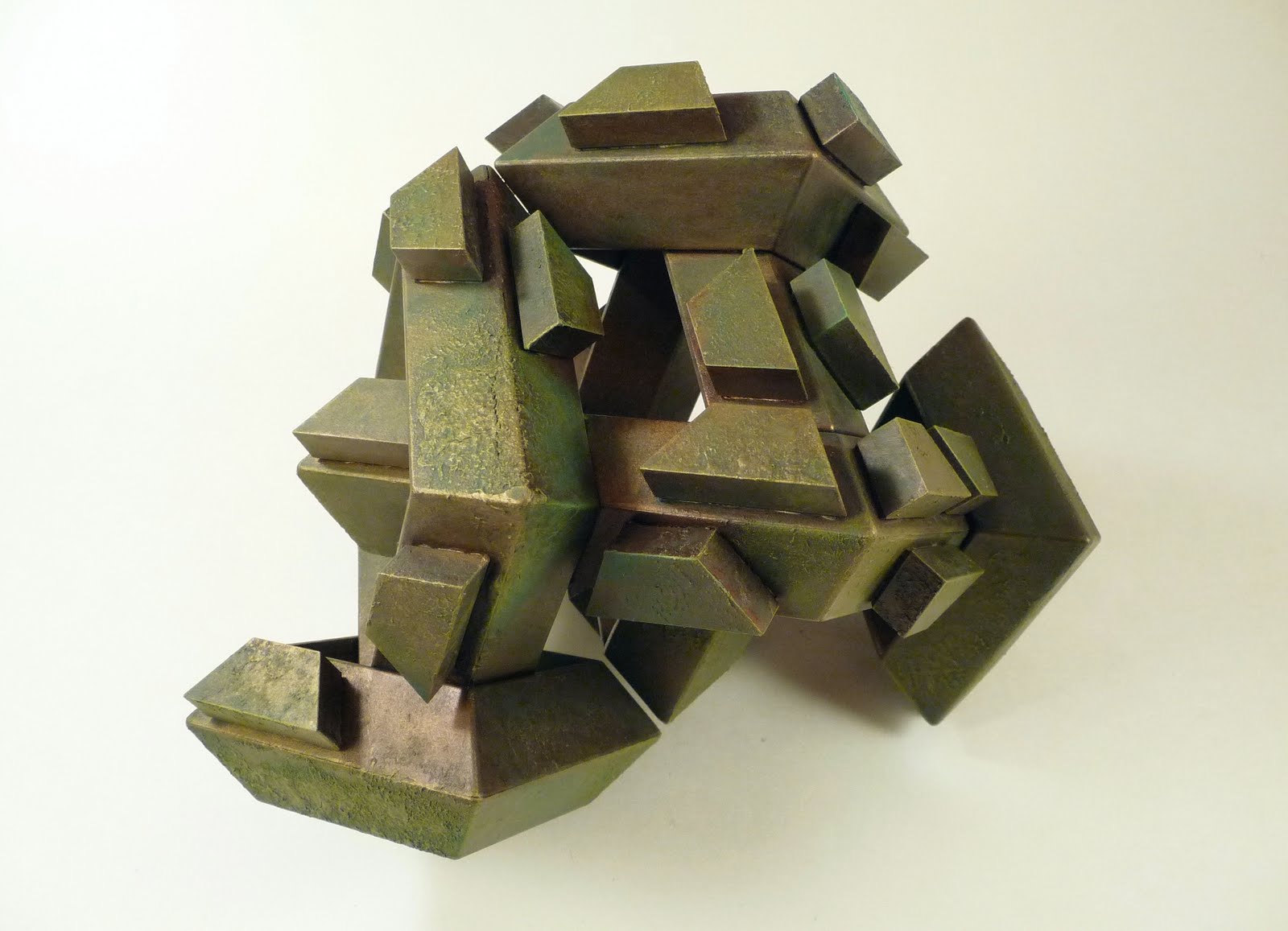 I’m pretty happy with how it turned out, particularly for a one night project with no real budget. The bizarre geometry of the piece is purely the result of stumbling across a puzzle that had such interesting shapes, but it certainly captures the look of an alien technological artifact. If I ever try something like this again the only change I would make is the paint. I like the final color scheme, but if I’d used enamel paints with metal particles instead of craft acrylics the finish would look a lot more like real metal. Testors used to have an aluminum paint that you could drybrush on and then buff to a beautiful metallic shine

Bad Behavior has blocked 2134 access attempts in the last 7 days.