From the Miskatonic University Special Collections, a native artifact recovered from an archeological dig in the summer of 1926. Traditionally, Dr. Francis Morgan would use first and second year students to explore interesting historical sites across the state to give them some experience with actual field conditions. That year he decided to excavate the area around the mysterious standing stones at the edge of the Big Cypress Swamp just off the Gainsville pike.

The dig uncovered extensive evidence of habitation, including an interesting pattern of post holes and firepits, along with hundreds of stone tools and pottery shards. This particular artifact was actually found outside the area of the excavation proper when a student wading across a swampy patch of ground found his feet trapped in the thick, viscous mud of the swamp. After being pulled out by his comrades, who were much amused by the loss of his boots in the mire, he attempted to retrieve his footwear. Using small logs picked up from the surrounding forest he built up a rough layer of brush that would support his weight and was able to extricate his sodden boots from under the water. After reaching dry ground he dumped the accumulated muck out and discovered this curious wooden figure nestled in the mud. Attempts were made to further excavate that site, but the watery conditions made serious work impossible.

The carved wooden figure was remarkably well preserved by the swamp, much like the archeological finds recovered from the bogs of Great Britain. Morgan initially identified it as a fetish of pre-colonial Wampanoag manufacture in the site log, noting that it had been carved from a tree root and depicted some sort of nature spirit. While the rest of the artifacts from the dig were cataloged in the University’s general collection the fetish was sent to the special collections annex. Curiously, despite the potential importance of the find it only received a passing reference in the final dig report. Custody records show that Dr. Morgan had the figure in his possession from 1927 to 1931, but the fetish was never mentioned publicly again. 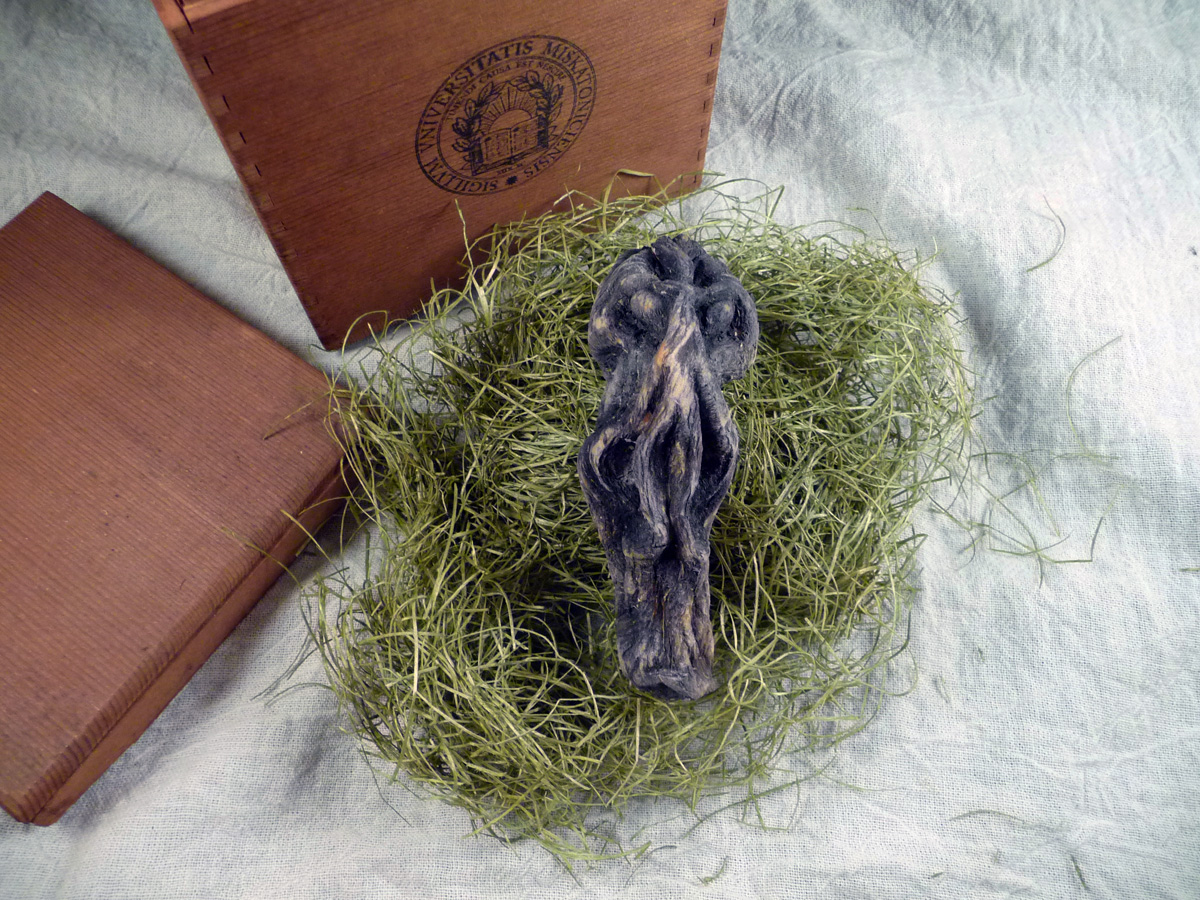 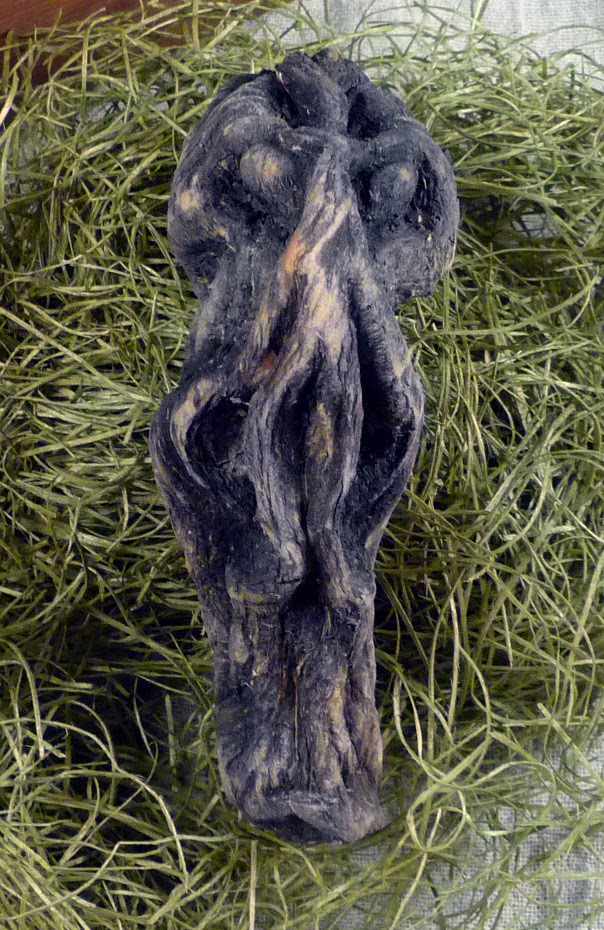 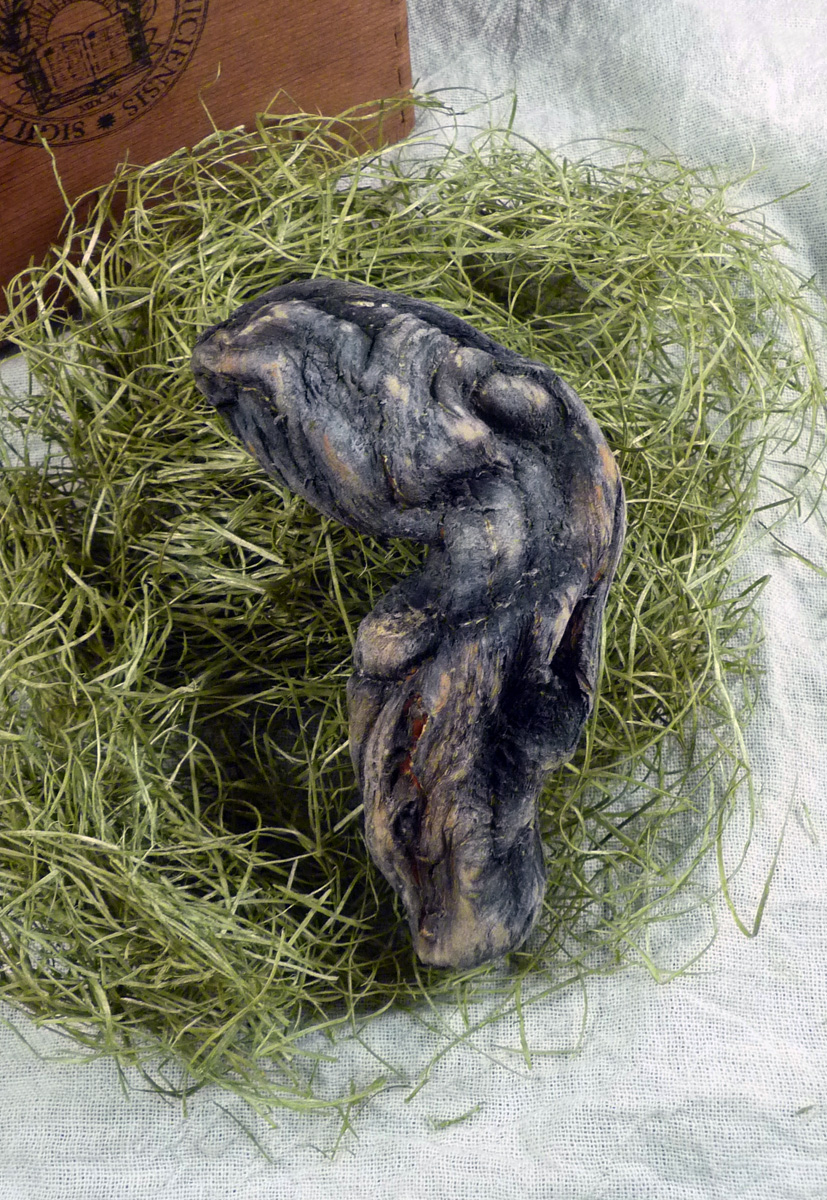 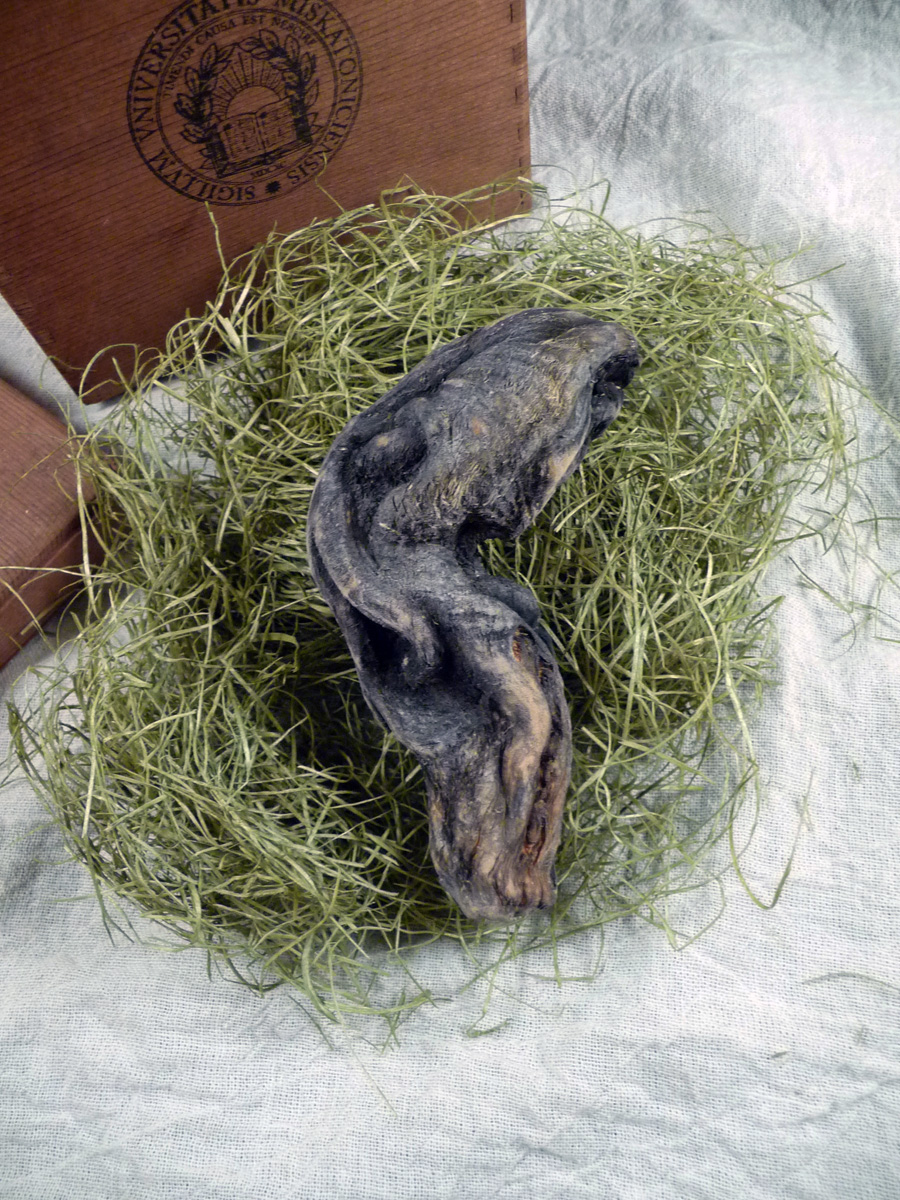 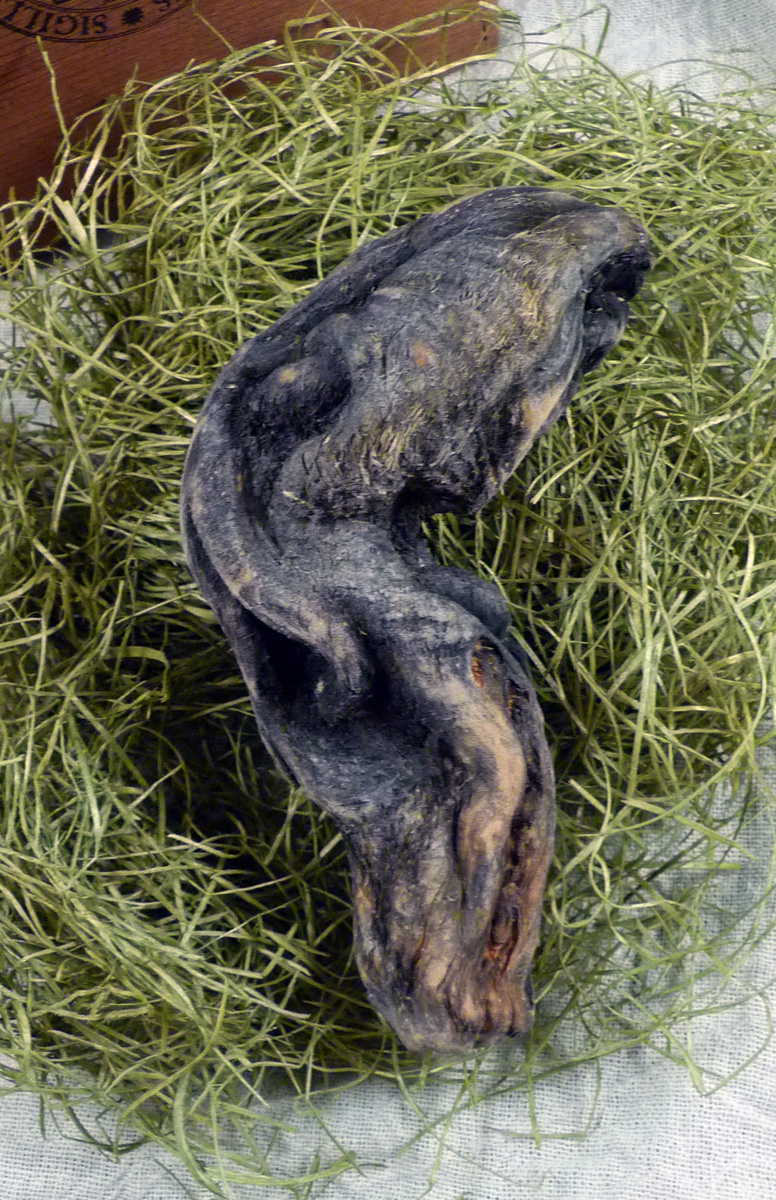 This was a fun little project, but incredibly time consuming. The fetish is pretty much as described- a carved root. I wanted something with the look of a real native artifact, so I tried to blend the features of Cthulhu with the naturally twisting shape of of the wood. The carving was done with a variety of x-acto knives. Then I aged the wood using a combination of high heat and ultraviolet light exposure under carefully controlled conditions. A technique otherwise known as “throwing it on my front dashboard to bake in the sun for a week or two”. The final finish was a light wash of brown and black ink to accentuate all the textures produced by the weathering process.