Music In Costume: Demented Are Go dress up as Devo

How To Make A Freddy Krueger Glove

C. L. McNally, knows as @McVladie on twitter, is a known fan and scholar of Dracula. In prior guest posts, she spoke with author Elizabeth Miller and Dacre Stoker, great grand-nephew of Bram Stroker. With the new Dracula move in theaters, it is of no surprise that she attended a viewing. Does the movie hold up or does it deserve to be staked through the heart? 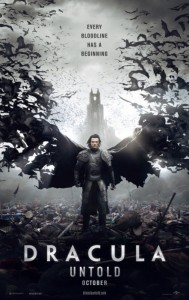 Over the Carpathian Mountains and through the woods to the cinema did I go.

As most of you FOVs (Friends of Vlad) know, I am a defender and friend of Prince Vlad Dracula, or at least his memory, anyway. I can truly say that I believe Vlad himself would approve of this movie.

To its credit, Dracula Untold finds a new vein to sink its fangs into. It is a clever mingling of vampire lore and accurate elements of the true history of Prince Vlad Dracula aka Impaler.

Luke Evans stars as Vlad Dracula, the real life prince who was infamous for his excessively brutal ways. Evans did a masterful job of portraying a soulful and tortured Vlad, interested in only defending his family and his people. This allows us to believe his gruesome act of impaling the dead was a necessary evil.

Luke Evans did something that no other actor portraying Vlad has ever done before: he made Vlad a sympathetic character. One that the audience could cheer for, no matter how many bloody corpses he left in his path.

(Yes, yes Vilhelm I am getting to the rest of the story.) 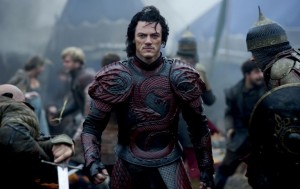 The birth of Dracula the vampire comes about when the demands of the Sultan(Dominic Cooper) become unreasonable. Vlad’s subtle refusal…chopping of the arms and head of the Sultan’s guard or janissary left little room for negotiations.

Dracula has no where to turn. His troops are no match for the Sultan’s massive army. All hope is lost or is it? For lurking in the caves of Broken Tooth Mountain is the darkest of souls: the master or omega vampire. Portrayed by the infinitely talented Charles Dance, he alone can offer Vlad the power to crush the Sultan, but at what price? The memory of Charles Dance’s sharp fingernails upon Vlad’s sword will forever be in my nightmares.

There is much more to the movie including some very clever ways to use bats but I choose to leave the story here in the hopes that I have enticed you enough to see it for yourself. A little mystery left if you will.

Instead, I wish to say if you are looking for Bram Stoker’s Dracula then away to the library with you. If you are seeking a Coppola Dracula remake then grab your VHS and Jiffy Pop and go back to the 20th century. However if you desire a well written, well acted, and well directed movie then Dracula Untold is for you.

I do not know about the rest of you but I go to the movies for fun. Pure unadulterated entertainment is what I want, not what some critic says I should like. Vilhelm, on the other hand, goes for the sticky residue left on the theater floors.

Bad Behavior has blocked 1222 access attempts in the last 7 days.