Music In Costume: Ghost dresses up as Roky Erickson

Music to Haunt By: Dulcet Jones 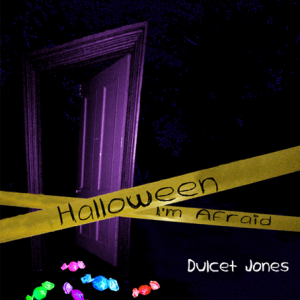 The artist being spotlighted in this article offers an interesting first for “Music to Haunt By” and that’s not because he’s Canadian. Dulcet Jones is a stage name of sorts adopted by Jim Graham and the reason for that one which requires a good deal of explanation. Starting the road to his music career at age nine, Graham eventually played with numerous bands and then branched out into a solo career as a guitarist. Said career resulted in three CDs and countless live performances. When you factor in teaching music and composing, it’s no wonder he started to burn out. A trip to the doctor revealed repetitive strain injuries in his arms. Although they would go away in time, he would have to change his musical style if he wanted to keep playing. Now as “Dulcet Jones,” he is able to explore new territory and indulge in his love of Halloween at the same time. With daughter, professional graphic artist Natalie Graham, providing the cover art, Dulcet Jones seeks to demonstrate a style he describes as “spooky instrumental Halloween music with a progressive rock feel.”

His 2013 album Halloween, I’m Afraid appropriately begins with the track “Halloween, I’m Afraid.” The creepy organ-style tones and a beat using smashed glass create a lurking feel. Even the lighter moments and somewhat jaunty piano feel unsettling and odd. I see lots of asylum or circus scene potential with this track, but those are far from its only potential uses. The artist himself used a segment from it to score a video featuring a changing portrait effect and you can do something similar at your haunt. Paint scary figures over one or more portraits with luminous paint that is clear when it dries. Watching from a hidden area, you can dim the lights and play this track to make the paintings change. “Tuckers Brother” has a very eerie opening and its drumbeats and bells give it the feeling of the opening track of an 80’s horror movie. There’s also a definite sense of menace and the wordless vocals greatly add to this effect. “Timeframe” offers a somewhat mournful acoustic guitar and other instruments. It’s very enjoyable track but not scary. The following track, “Urban Crawl,” is spookier (but not as much as the other spooky tracks on the album). I personally suggest using it in your haunt’s waiting area to keep the crowds entertained while still subtly reminding them of the scares to come. Drum machine beats take us into “Silicon Dirge,” which has some excellent guitar work on display. The echoing guitars of “Electro Acoustic Lament,” coupled with wind effects give the track a peaceful sci-fi feel. “The Ghost in my Guitar” offers electro tones and a rockin’ guitar while “Overmed Daydream” has plenty of peaceful guitar work and “New Age” music effects. Given how he was still in the process of transitioning from his old style to haunting Halloween music, the presence of these tracks is understandable. Although well-suited for relaxation or general listening, there is some haunt potential here. Imagine part of a haunted asylum where patients were taken in order to calm them down. Surely that kind of music would fit in there. Or if you have a scene involving an evil doctor or dentist, you can play some of the more relaxing tracks in their seemingly normal waiting room. Perhaps those tracks can also appear in a hellevator, right up until things go out of control. But if those don’t work for you, it’s not a big deal. Why? Because his next album only offers one relaxation track (and even then it’s thematically appropriate)! 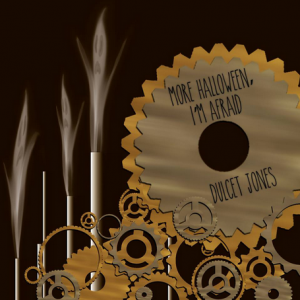 Like the previous album, More Halloween, I’m Afraid starts off with the titular track “More Halloween, I’m Afraid.” The moody opening buildup and wind effects lead nicely into the electro beats and spooky “woo” noises. I loved the piano work and guitar as well. This is good for any spooky scene in a “Haunted House of Rock.” Despite the name, “Night Circus” can also be used in a variety of haunted house scenes. Things start off low key with a somewhat spooky piano, but then some other eerie touches (including scary organ work) kick things up. Its somewhat light touches make it good for young children. “Asylum Wedding” offers organ work and strings that are soft, slow and moody. There’s a creepy music box feel at times and the drum machine kicks things up. In fact, it gets really wild and creepy with its use of effects towards the end. You could use it for an asylum, but the wedding part of the title really got my imagination working. Imagine walking into a haunted church with glowing stained glass windows. You have to walk past rows of monstrous guests (perhaps with a few live actors hidden among them to startle you) in order to reach the bride and groom. They have their backs to you and are clearly static props, which makes it all the more surprising when their heads spin around at you! “Release the Bats” would be perfect for the belfry of a “Haunt House of Rock,” thanks to its use of guitars and stylized electric sounds which sound like bats fluttering about. The bizarre bells and drum machine also add to the effect. Blasts of steam and an oddball music box join other audio oddities in “Steampunk Lullaby.” It’s off-kilter enough for an asylum, but its use of steam and music associated with children also allow for use in a Freddy Krueger-themed boiler room display. But why got go exactly with what the title says? There are steampunk haunted houses, haunted nursery scenes and steampunk nurseries, so just combine them and play this track! The acoustic guitars and plinking music box tones of “Lobotomy Ward” give it a mildly creepy feel. The “woo” noises help, as do the eventual audio distortions. I suggest using this in a hallway for an asylum-themed haunt. For something which can be used with various scary scenes, “Red Narasimha” fits the bill perfectly. There’s plenty of moody strings and spooky wordless male vocals, along with heavy organ work. I also enjoyed the wind effects, electro tones and piano work. “November First Coming Down” has an “old” feel to its guitar work, not unlike Second Grave’s “Salvation.” The wind effects add to the offbeat feel, but it’s not scary. But it is thematically appropriate given how it’s the end of an “October”-themed album.

Dulcet Jones offers a breath of fresh air into the world of spooky music. While some might shy away due to the inclusion of relaxing music, those who don’t will be rewarded with unfamiliar music to scare visitors with and the reduced competition will only make the use of said music even more effective and special. Each track is long enough to allow for individual looping, which is probably the best way to make use of the varied selection. Did I also mention he’s also open to his music being used royalty free in haunted attractions? He’s even given out copies of his work to a few haunts in his area. You will have to email him for details, but it will definitely be worth it. I am looking forward to his future albums, especially ones that are spooky from start to finish. But even if they aren’t, I’ll still enjoy them. It’s not every day you get a Halloween album you can enjoy all year without getting weird looks from people.

Special thanks to Dulcet Jones for the review copies!

Bad Behavior has blocked 895 access attempts in the last 7 days.