I think I may have made a major breakthrough in the field of “Thing in a Bottle” technology. It’s downright embarrassing how little discoveries like this make me giddy. Heh.

One of the reasons I don’t make solid polymer clay or resin creatures is that they’ll eventually break after repeatedly hitting the glass inside a bottle. I’ve tried to address that problem with a few experiments using a viscous cationic polymer suspension. Or, as it’s more commonly known, “cheap hair gel from the dollar store”. Sadly, hair gel is filled with characteristic air bubbles, so every specimen looked like a gruesome monstrosity suspended in…hair gel. Ugh.

One of the approaches I tried to get rid of the bubbles while maintaining the semi-solid consistency of the material was boiling it in a microwave. That kind of worked, producing a gel with thousands of very tiny bubbles. Still unsightly, but better than before.

This week I stumbled across the secret of removing all the bubbles from the gel- boiling it twice. Just put about a cup of the stuff inside a pyrex measuring cup or bowl that can hold at least three cups, bring it to a boil in the microwave, then stir in two drops of dish detergent and let it cool overnight. The next day, boil it again, add food coloring to tint, skim the film of bubbles off the surface, pour the gel into your container while it’s still warm, and let it cool to room temperature.

Tada! You get an optically clear suspension. The creature I was using for the experiment doesn’t have a paint job, but you can see it floating serenely in the jar. 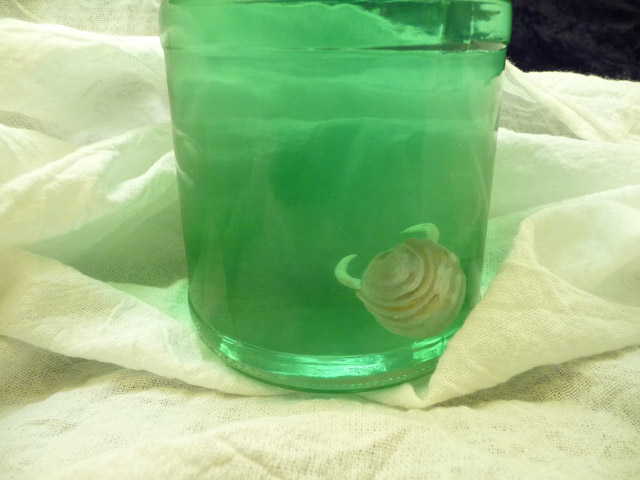 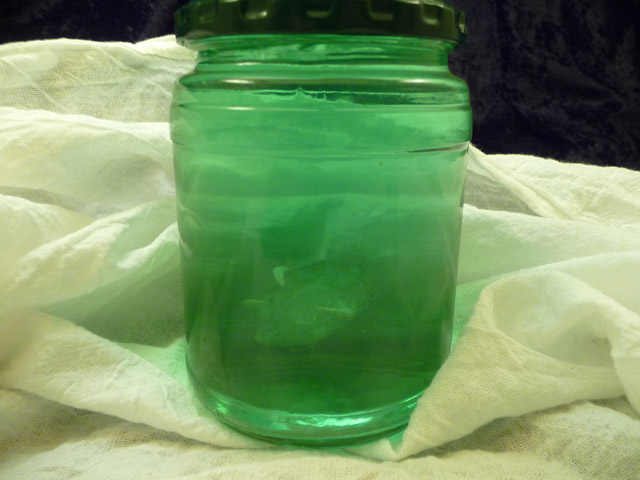 I still want to fiddle around with the technique to make sure temperature or pressure changes don’t cause problems, but I’m very optimistic about how useful this will be.