. After spending close to a decade using the same digital camera I bought in back in 2000, a Canon Powershot A-10, the difference is like night and day. I’m finally able to take some quality shots of my props! Well, at least I can’t blame the camera for crappy pictures anymore. Heh.

These are some quick shots of some bottled specimens created using the same basic techniques I discussed back in March . They haven’t undergone the final weathering process, so there’s still quite a bit of work needed to finish them, but I thought you might find their creation interesting. 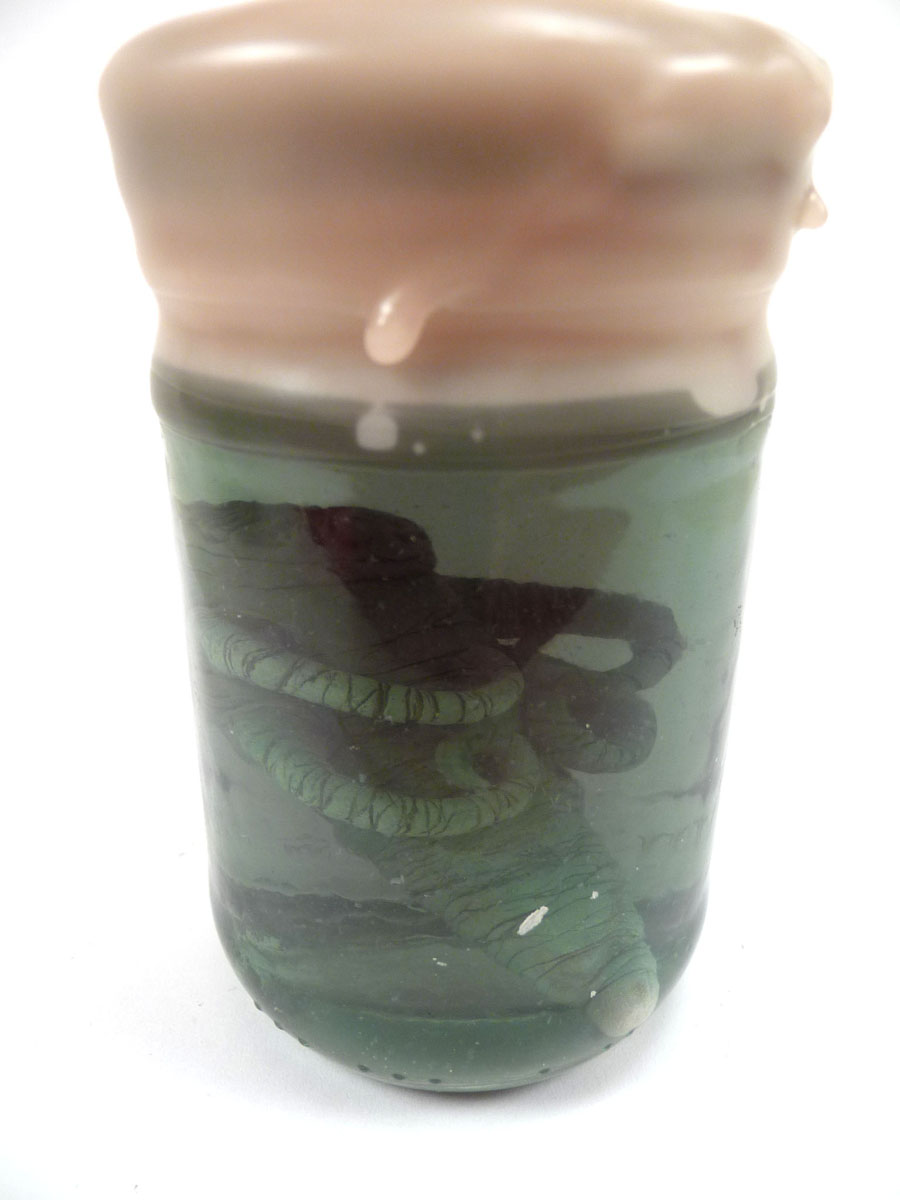 First up we have one of my “Cthulhu Critters”. One of the reasons I’ve been holding off on bottling these things up is because of their fragility. I was worried that even with a wire armature a small figure like this would be liable to break during handling as it repeatedly hit the inside of the glass jar. That’s still a concern, but a little experimentation demonstrated that the liquid inside the jar provides enough drag to keep the creature inside from accelerating to dangerous levels. 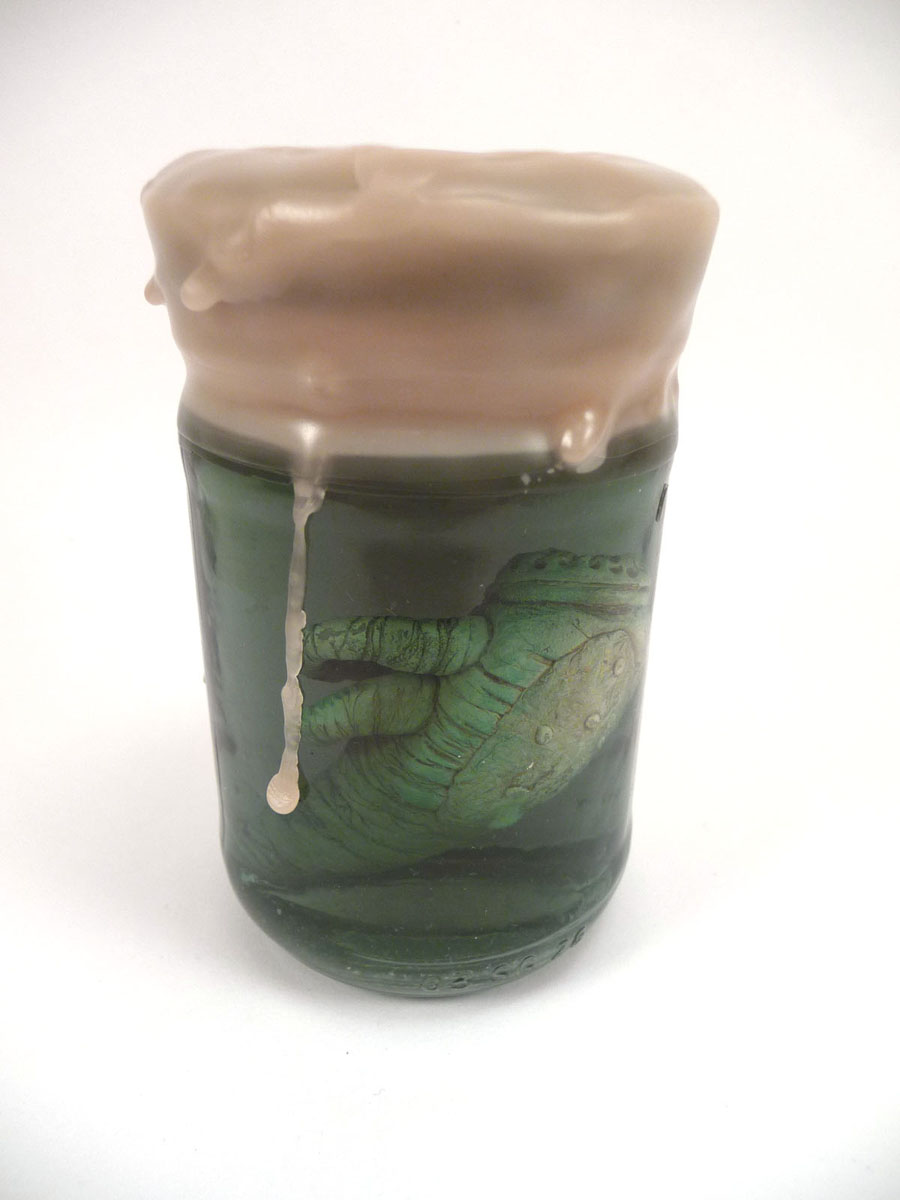 The same creature from another angle. The preservative fluid is isopropyl alcohol with a drop of green food coloring. There hasn’t been any visible sign of a reaction between the fluid and the vinyl or acrylic in the critter, but I’m keeping on eye on it just in case. You’ll also note that I’ve added just a little color to the paraffin wax. Nothing wrong with plain ol’ wax, of course, but the tint helps give an impression of age. 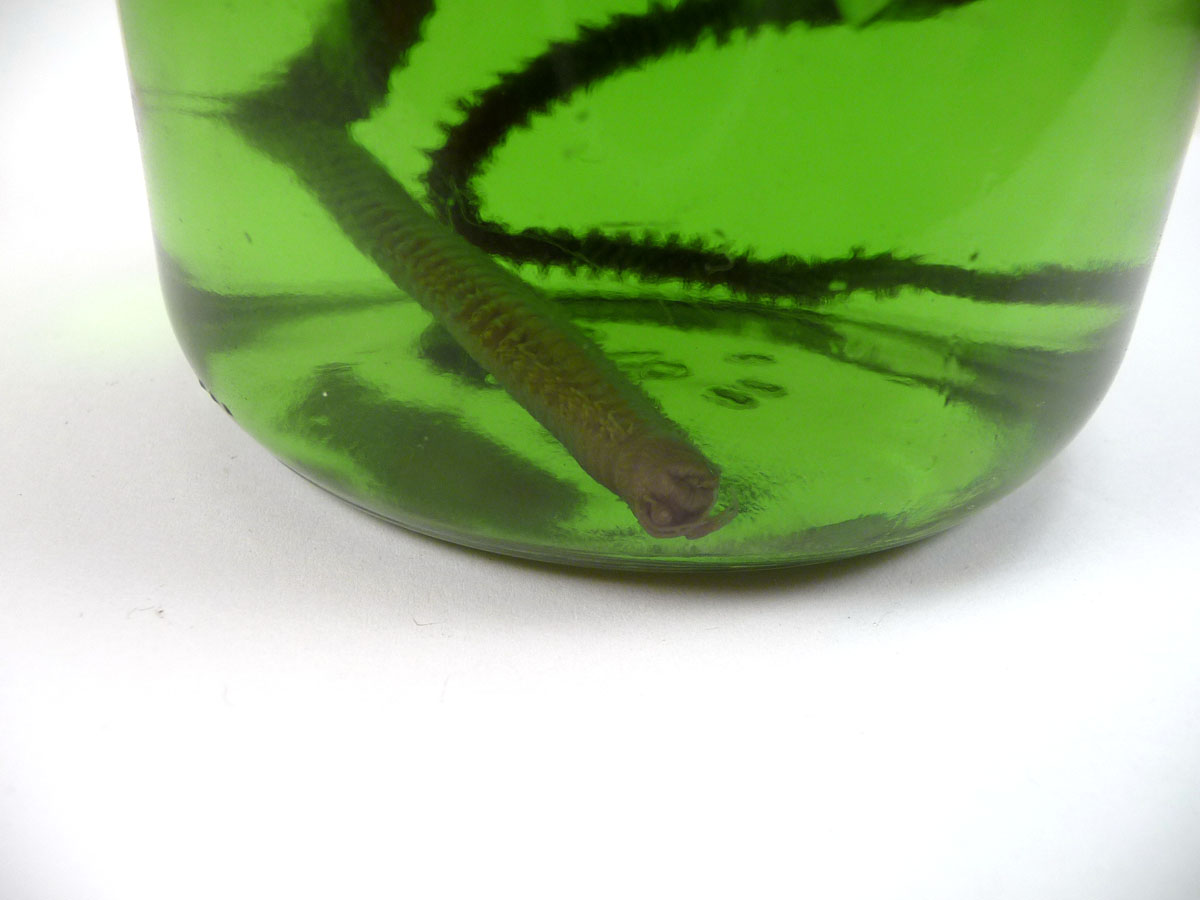 A carnivorous sea worm collected off the coast of Innsmouth, Massachusetts. The preservative fluid in this bottle is a mixture of distilled water and propylene glycol. It seems to be clearer than isopropyl alcohol, and the color of the fluid is much richer, thanks to it’s higher refractive index. 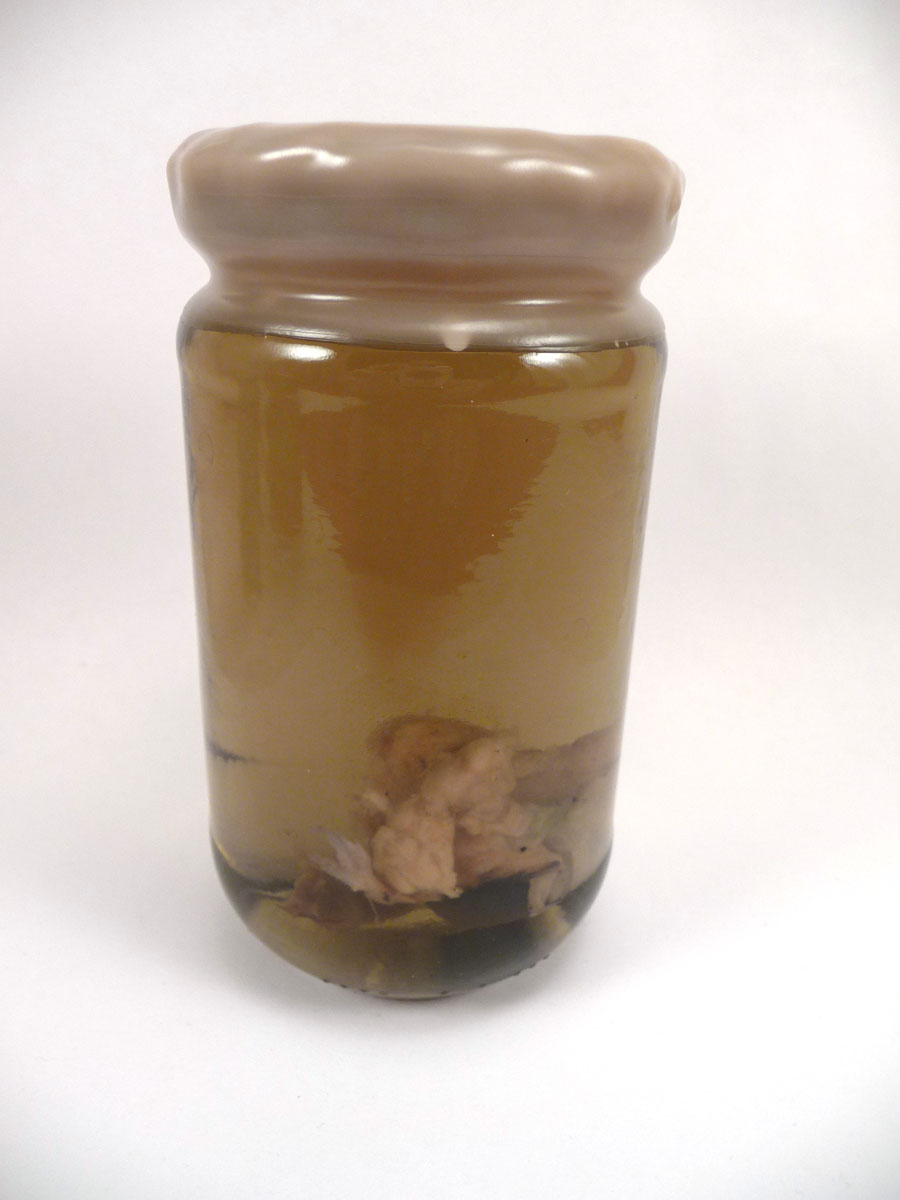 One of the specimens collected by the Miskatonic expedition to Antarctica in 1931. This “eye” was removed from an amazingly well-preserved aquatic radiate of a heretofore unknown species. 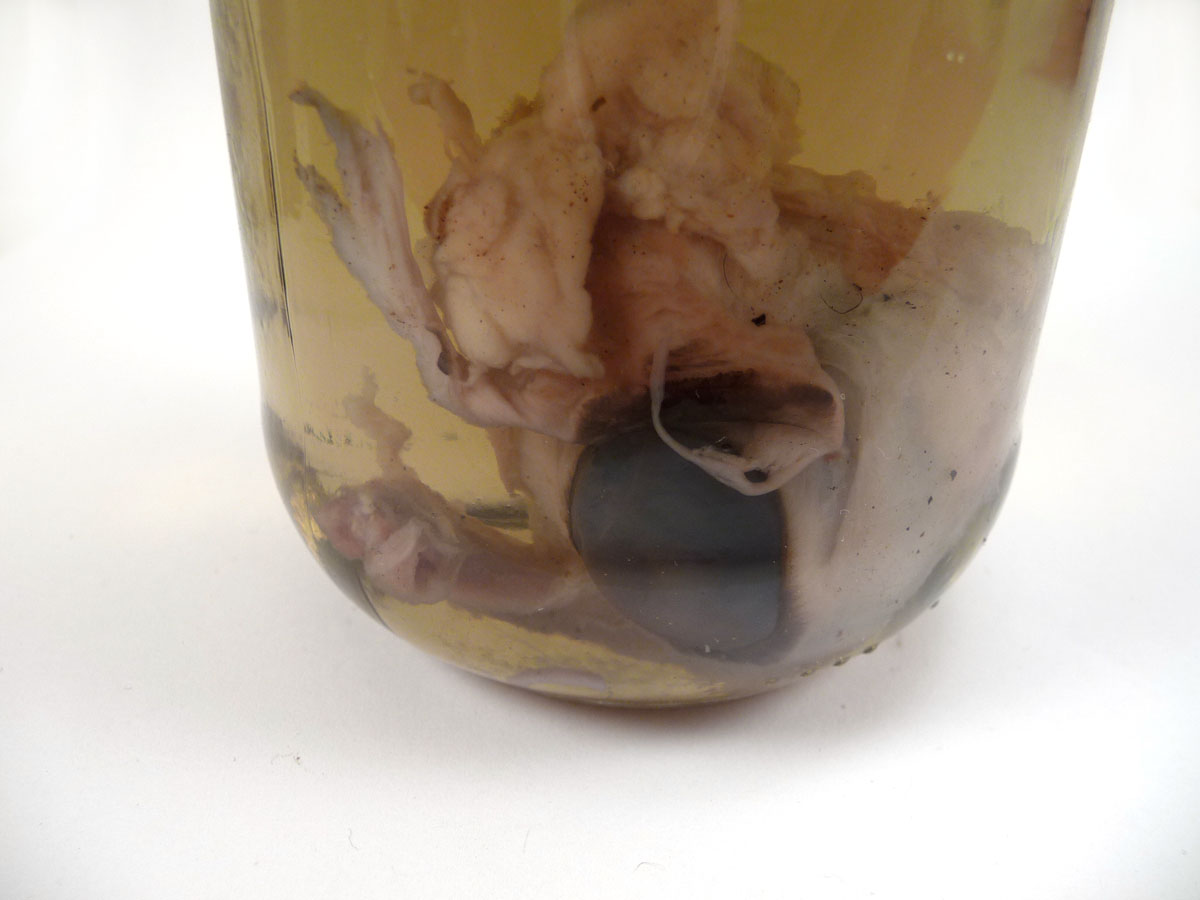 This angle really shows off the structure of the eye. Again, the preservative fluid is a mixture of distilled water and propylene glycol. The brownish-black tint was produced with one drop each of red and green food coloring. Right now the colors produced are a bit hit and miss, but I think I can solve that by diluting the food coloring with alcohol. With a lower concentration of dye in each drop I should be able to slowly mix the color I want without over-saturating the preservative fluid.