From Baltimore Maryland comes Hidden Volume Records. A label that specializes in releasing limited edition music from some of the best garage rock/punk,surf and psych rock from all around the globe. Their tag line is “The NOW sound of NOW”. And with releases by bands such as The Whiskey Devis,Kurt Baker Combo,The GTVs,Sick Thoughts and more, it is easy to see why they are quickly becoming the favorite label of  music  fans everywhere.

Aside from releasing the a record of killer tunes, HVR seems to always add little bonus item with most releases, which adds a nice touch to the release and really makes you feel like you’re getting more than your money’s worth. Whether it be a patch with the first 100 orders of the new Kurt Baker Combo release (the first 100 out the 300 pressed is on a beautiful electric blue vinyl) or a coaster with the Delusionairs record, it really shows a touch of class and extra attention to the releases. As a vinyl enthusiast, I really appreciate when a label can show you the love they put into a release. 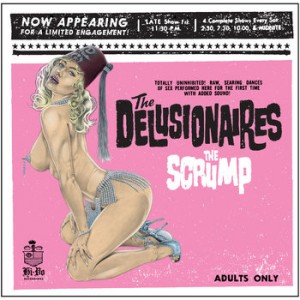 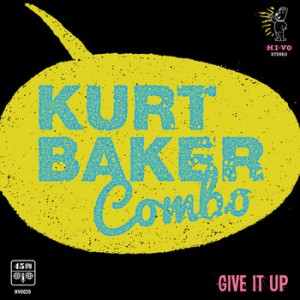 Aside from little extras and beautiful cover art done by X10 on most releases, it’s the music that’s important here. And the folks over at HVR have a good ear for stuff that’s sure to get your toes tappin” and mojo movin’. Long time garage rockers The Insomniacs returned from an almost 10 year hiatus to release a killer 2 song 45 record on Hidden Volume at the tail end of 2014. And if Hidden Volume Records is ringing a bell with any of you frequent readers here on GDL16, it’s because HVR released that awesome Torments instrumental surf  45, “The Creamer”, that we reviewed several months back. A kick ass release that you will unfortunately have to track down and find second hand,which is completely worth your while to do, as how it is long sold out. 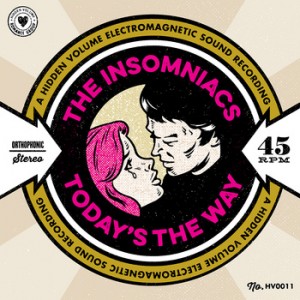 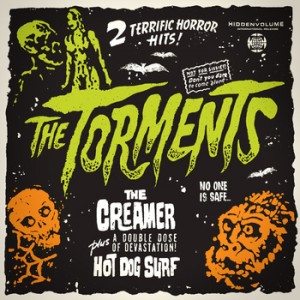 So far, HVR releases are 45 singles and done in a limited run of 300 with usually a third or half of the run being on colored vinyl. Which means, first come,first serve and you better act quickly if you want the colored version. Occasionally, as with The Torments or The Delusionaires releases, the entire run is color. Sign up to the HVR newsletter to make sure you stay on top of new releases to make sure you get that color variant before it sells out, which is often the case. And while you’re at it, check out Hidden Volume’s in house occasional zine (issue 2 comes out in January), “7&7 Is”. A nice little 7″ record sized zine that fits right into your 7″ record case.It’s filled with articles and interviews and comes with a free flexi record. And keep an eye on some very interesting and awesome release coming up in 2016. Including a 10″ release and some full length 12″ LP’s.

So do yourself a favor and hop on over to http://hiddenvolume.com/ and pick yourself a few gems to get your new year off to a rockin’ start.