A Solution in Search of a Problem 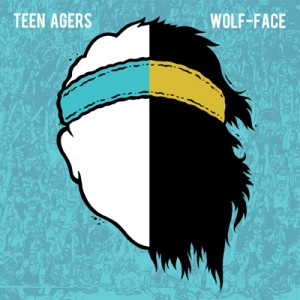 Say 10 Records recently released a split 12″ by two up and coming Florida punk bands. The Teen Agers from Orlando who have a pop punk approach to the music but with their own shine to it. And Wolf-Face from St.Petersburg who hide their identities by performing exclusively in werewolf masks. Wich is fitting, as how lead vocalist, Michael J. Wolf had his life story hijacked by Hollywood and made into the film Teen Wolf.

When the Teen Agers side of the record starts, I feel like putting on one of those old Tony Hawk Pro Skater videogames. Mostly because I’m too fat,old and lazy to actually skateboard. But the opening song,”KWM”, does give you that toe taping energy that makes you want to get up and go do something. The cover of Sense Field’s “Buildings” and the “It’s Hard To Know” cover from fellow Florida punkers Hot Water Music has some serious blood running through their veins. What with the honest,endearing, heartfelt lyrics and desperate urgent vocals that make it seem like they are telling you the most important words ever. The songs “River Road” and “Van Pizza Road Apple Coffee” would be right at home on some of those late 90’s Fat Wreck comps we all love. And those songs would definitely be standout tracks on those comps.

As we flip the record over, Wolf-Face starts us off with what we think is a slow ballad in the form of the song “Goddamn This Beast”. But about 1/2 way through the song, it turns into a full on,head bobbing rocker. It is then followed up by the super catchy “Boof Ain’t Too Loose.” And while obvious lyrics that reference the love plot of Teen Wolf,this song seems to use those references as a metaphor for real subject matter. Very similar to what they do in the lyrics for “I’m So Much Better”.  Which is great. Wolf-Face does a cover version of the TV On The Radio song “Wolf Like Me” that,in my opinion far surpasses the original. Wich is super rare for any cover song. But WF create such a force with this song. The song sounds epic in a way that’s hard to describe. The other song on here is “W-O-L-F Spells Shitkicker”. A song I played on my segment of 6ft Plus episode 178. A rousing song about being a cool as fuck,ass kicking werewolf.

Both bands brought their A game to this record. Proof, again that a split LP doesn’t have to have a good side and a meh side. This LP is A+ and I’ve been listening to it A LOT since it’s release. It’s available either digitally or in various vinyl colors from the bands, Say 10 Records, or Smartpunk.com  And check out both bands at Wolf-Face (who have new record coming out VERY soon from Swamp Cabbage Records ) and Teen Agers (who are on tour in europe. Catch them at Groezrock.)