The talented Britta Miller is no stranger to these pages. Beyond producing some choice Mythos artifacts she also happens to work in an actual museum filled with shelves of preserved biological specimens. Ms. Miller was kind enough to share some insights based on that experience. 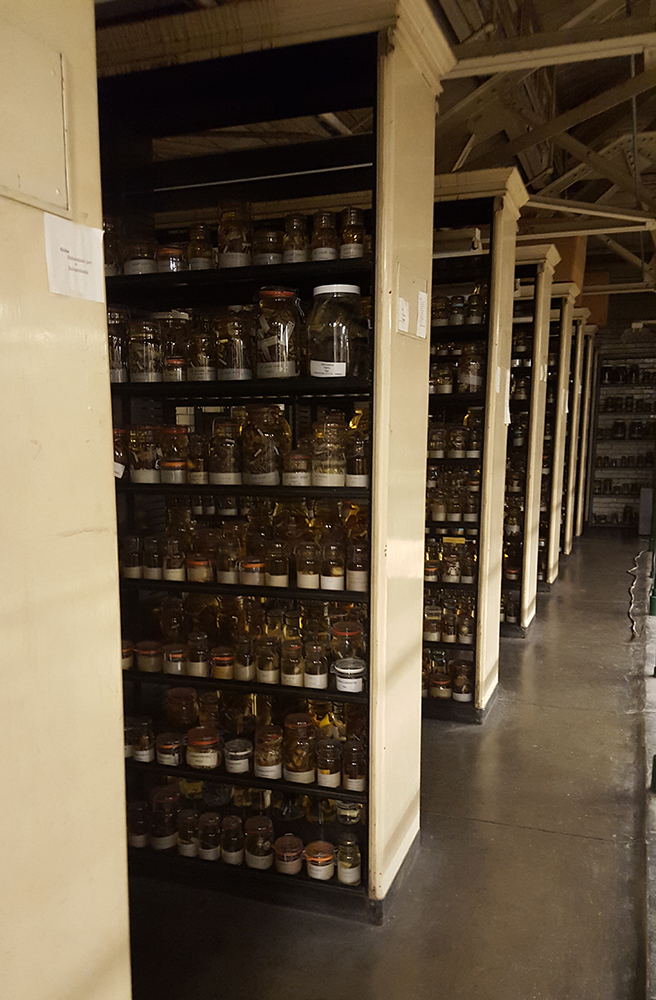 Since Things In Jars is a popular prop making project, I thought I’d share some observations from my time spent among the ghastly dead. I have yet to make any pickled things props, but perhaps anyone setting out for realistic “museum specimen” props could get some use out of it.
Most everything is stored in 70% ethanol. The primary color of alcohol with things in it for a long time is golden yellow, from dissolved fat. New alcohol is clear, but the longer something is in a jar, and the “meatier” it is, the darker yellow the alcohol ends up, even shading almost to orange with blobs of fat floating on the surface. Never green, despite how popular it is in prop making. I suppose a case could be made for alien biology, but neon green preserving fluid always looks more “sci fi B movie” than convincing.
An aside to this is a preserving fluid not as widely used now called “Bouin’s solution” which is almost neon green-yellow and stains horribly. Cracked open a jar of things in Bouin’s solution without realizing that’s what it was, and the stain didn’t come out of my fingers for a couple days.
Aside from large gallon jars with plastic screw tops, the primary sort of storage vessel is canning jars with rubber gaskets–often the kind with the logos right on them. (also, never metal screw tops). Keeps a much better seal–and never sealed over with wax, like I see often in prop making (good for props to keep evaporation down, but in an actual specimen collection you need access to everything to add/use/study specimens, and unsealing/resealing would be a major time suck) Alternately, the collection used to be housed in glass jars with glass tops (antiques, now) before being modernized to the rubber-gasket variety.
Some interesting observations on color: Naturally, things fade after being preserved, but they fade pretty specifically. Bright colors go quick–reds and yellows end up dulled to brownish/whitish. Greys/browns/whites and patterns tend to stay visible, unless something is poorly preserved/left in the light for too long, then it’ll fade almost to nothing. Green is an interesting one–due to the nature of how green coloration works, it simply doesn’t exist in preserved specimens. Preserve a bright green frog or snake, and it winds up a dusty blue color, which is actually quite attractive.
In life, these are brilliant green tree frogs. 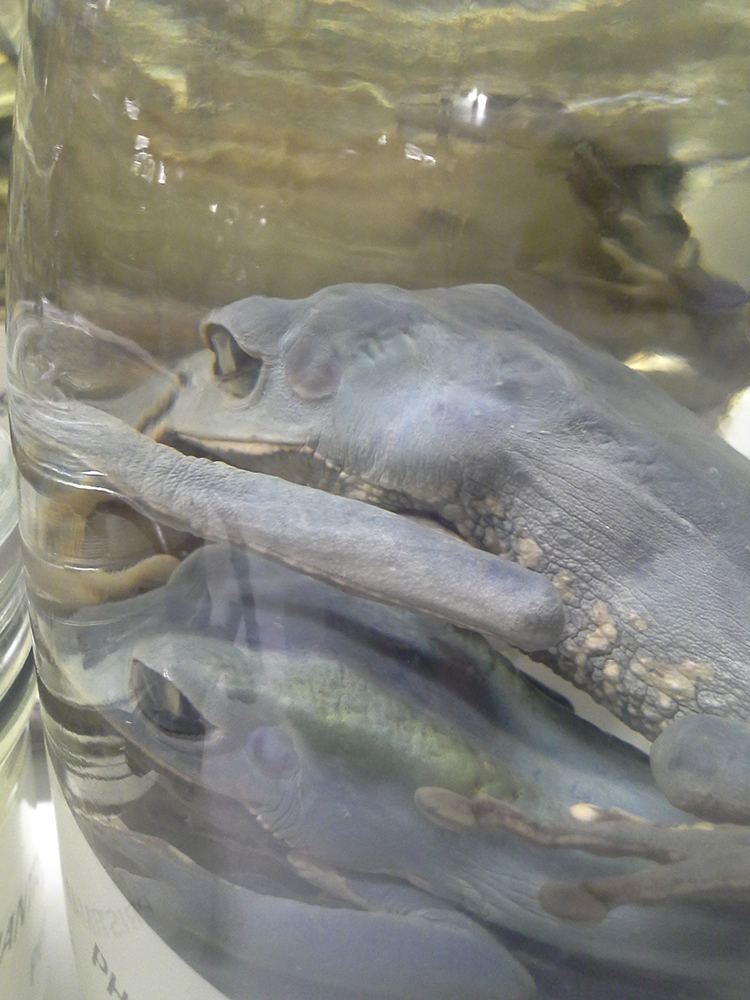 Also, tags! Tags are never stuck to the outside of jars, they’d eventually wear off/fade to nothing. They’re typed–or handwritten, on the oldest specimens–in waterproof ink on regular old paper and dropped right in the jars. Even things collected in the 20s or before have their original hand-written tags in the jars, still legible. And individual specimens within the jar have their catalog numbers tied right on them. In a museum you can have a hundred of a single species in one jar. This actually was somewhat of a surprise the first time I was in the collection, my main exposure to Things In Jars previous to this having been film/displays where a single specimen is arranged nicely for display–here, jars are often packed full of dozens of individuals. It’s a striking effect, in a completely different way. In the case of really tiny things, like tadpoles or larval newts, individuals tend to be stored with their catalog number in a vial, stuffed with cotton, in the main jar.
This is probably all information readily available elsewhere on the internet, but I thought I’d share anyway.
I’ll leave you with this lovely alligator heart in a jar. 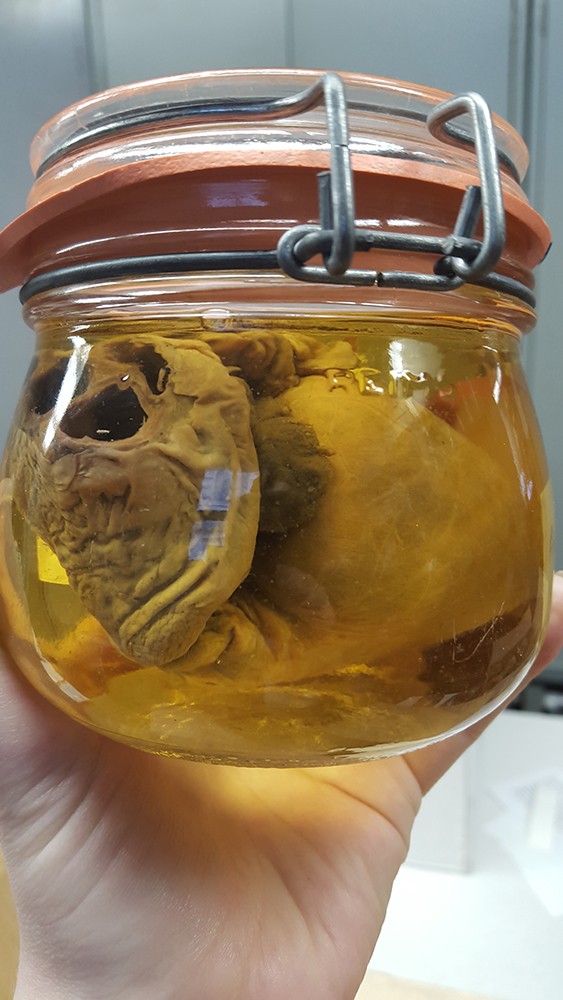 Bad Behavior has blocked 1503 access attempts in the last 7 days.