It’s Time For Podcast Land’s “Podcast Of The Month” Award! 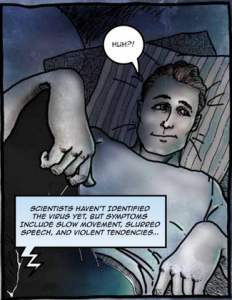 It’s the first Saturday in May, so that means Free Comic Book Day is here! More specifically, our unofficial (in addition to being unsanctioned and unauthorized) celebration of the event. Thankfully we’re not having any issues with linking directly to images hosted on Facebook this time around. So enjoy the following sample of a few of the various free comic books our readers might enjoy:

But we have a little something extra for you before you head on out to your participating comic book store! Both Michael Hedstrom’s Black Cat and Mark Harvey’s Fleshrot: Songs from the Dead can be streamed for free online. The first one is the soundtrack for the comic book Black Cat 13 and the other is the soundtrack for a graphic novel called Fleshrot: Tales from the Dead. You might even be able find copies of both books at your local comic shop! Also, Mr. Harvey has been known to give away free downloads of select tracks on his blog, so be sure to check over there regularly to see if you can get some Fleshrot: Songs from the Dead goodness!