Sounds to Scare By: Pepperhead Studios 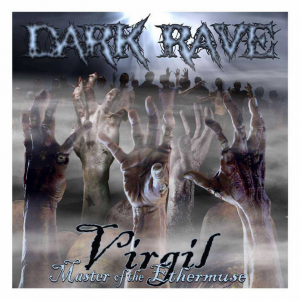 Some of you might have heard about Dark Rave Volume 1 thanks to the streaming preview tracks on his new website, but I learned about it a different way. I had been talking with Virgil Franklin last year about my review of Halloween and he told me of his desire to create an album consisting entirely of spooky music with a beat. Although intrigued, I had initially been concerned about not being able to review it since I had long since run out of haunt ideas to use with such music. Thankfully I had nothing to fear since the Master of the Ethermuse has once again released an album which filled my mind with ideas!

“Dark Rave” opens with moody pounding coupled with a catchy beat. This is followed by constant wooing variations which are such tom remind you of a theremin. Darkness and electronic dance music aspects join in for a spell. The volume gets softer, and the feel becomes more chilling prior to dropping the faux theremin tones. This would work in haunt scenes like a haunted factory, alien room or mad scientist’s lab. Setting up a mad scientist’s lab is a lot easier than people think. Plastic drink containers can be repurposed into lab equipment and ordinary foods can become extraordinary organs with a little work. But if you wanted a jarred specimen whose origins are even harder to determine, these fake intestines are just what you need! Aluminum foil (or gray paint), cardboard boxes and plastic bottle caps can be used to create machinery. Adding some printable gauges adds to the effect. I don’t know if electric guiros exist, but “Living Dread” definitely shows what they sound like. I love the guitar-like backing and how a beat with creeping feel joins in. The track gets pretty heavy and drops the “guiros,” but they return soon enough. They might remind you of static, electronic glitches or screeching insects. The ending is sudden ending but on the other hand, it doesn’t have a lengthy period of silence like several of the album’s other tracks. Playing it on a low volume will minimize the technology feel of the “guiros” and allow its use in a hallway filled with spiders or a hall where vines try to grab visitors as they pass through. Those intrigued by the vine idea will have to sort through several videos to get a rough idea on how to construct it. I recall it being run off a wiper motor, but using several oscillating fans could achieve a similar movement effect. Those preferring a more straightforward tutorial should opt for the spider hallway. Although they might want to paint a more scientifically accurate number of spider eyes so guests know spiders are watching them and not something else. Although the idea of something else lurking in the dark might be more frightening to some. It’s all up to you.

“Halloween is Coming” starts off like a chiptune but gets heavier (and more intense) as time goes on. There’s a creepy buzzing and harshness to it, but it’s still enjoyable. That said, the chiptune parts do return at times and there are plenty of interesting musical tones. It gets really weird after a few minutes and you’ll have to hear it to understand. This is another track which can used in an alien room, laboratory or haunted factory. Low, slow pounding opens “Crawling Through Your Soul” but changes into a growling buildup. Said buildup then becomes then screeching…lots of screeching. Thankfully it slows into a wind-like effect peppered with electric moans. The overall effect is like being lost in another dimension with alien beasts screaming at you. That’s why it’s an excellent choice for vortex tunnels and dark mazes. The lengthy “Walkers Way” begins with dark, vaguely “New Age” music and a steady beat, along with the occasional sinister backing tones. Some parts very sci-fi and are almost comical in tone at times since they’re so high pitched. So there’s some haunted nursery and circus potential, especially due to the soft piano work that’s heard at times. Virgil even throws in some surprising loud noises to keep listeners on their toes during the quieter parts. It all creates an otherworldly at times and I often got a sense of going down a path with things flying around while listening. Surprisingly slow and scattered piano notes dominate the beginning of the track’s end. Watch out for the startling finish! This is another track that’s ideal for a vortex tunnel. “Sickness” offers a very soft, low beat which eventually builds up. Scattered light tones are added, along with some soft beats later. It often reminded me of a heartbeat. “Nighttime Childcare” combines creepy ethereal music and soft backing drums. But given the title, it should come as no surprise how music box chiming and moaning tones also join in. The music box dies down, only for new light tones to step in before the music box tune revives. Its interesting additional backing tone must be heard to be appreciated and I also enjoyed the somewhat bouncy ending. Its potential use in a haunted house is obvious.

A pounding and slow beat kicks off “In The Ethermuse,” but this soon becomes a faster dance beat once the claps enter the scene. Fuzzy crashing beats join in which vaguely remind me of crashing surf. There’s some faux theremin noodling and lighter notes. The audio pulses which come to play at times were a wonderfully spooky touch. A haunted club scene would greatly benefit from this. Imagine a room set up with flashing lights and many motionless standing monster figures. Are there any live performers hidden among them? Guests will have to find out as they go down the path which runs through them. The evil DJ’s booth is flanked by two huge speakers and clutching hands can be seen emerging from them at times. That’s because the “speakers” are actually props made from wooden boxes and black spandex. Hidden performers or animatronics will create the moving hands. You can even have the DJ spring to life if you want to. “Flux” opens like a high speed laser blast, but slows down to a surprisingly enjoyable slow saunter. Lots of glitching sci-fi tones form and interesting musical piece and help the track live up to its name. Some new “theremin” work is heard, along with some blasts which remind me of bottle rockets. But you can lower the volume to hide that particular part if so desired. Just keep in mind how this speeds up for end! This is the last of the album’s many tracks which would work well in a haunt’s mad scientist’s lab or alien room. Speedy beats and gasps lead us into “Fear,” but the beats quickly take over with musical variations aplenty. There’s also cool soft backing tune and some electronic dance tones softly layered in before it suddenly stops. This is perfect for the playlist at your next Halloween party!

Dark Rave Volume 1 is perfect for use inside or outside your haunted house. It works just as well for scaring people as it does entertaining them in line. Any of these would be right at home in a horror movie. Hearing it gave me an epiphany about using this kind of music in a haunt: You really don’t need to “justify” it by promoting its use as some sort of advertising gimmick. Just play it and the quality alone will please visitors used to more traditional ambient music. The tracks are long enough to be looped individually, although the sudden stops on some tracks and long periods of ending silence at others might be an issue for some people. The tracks with the lengthy silent periods are “Dark Rave,” “Halloween is Coming,” “Crawling Through Your Soul,” “Walkers Way” and “Fear.” Having a few seconds of silence after a track is perfectly normal, but these periods are far more than a few seconds. Then again, I imagine it’s less noticeable when you’re not reviewing it and have lots of cool props to distract you. This also applies to looping the entire album as you hand out candy on Halloween. Some might end up recycling my “warning sign” idea from earlier in the countdown to account for the sci-fi elements if their Halloween display doesn’t already have some. It’s available as a digital download and you can listen to it before purchasing if you’re on the fence about adding these awesome tracks to your library of haunt music. I’ll be eagerly awaiting the release Dark Rave Volume 2. If you get this, I’m sure you will too!

Bad Behavior has blocked 1343 access attempts in the last 7 days.