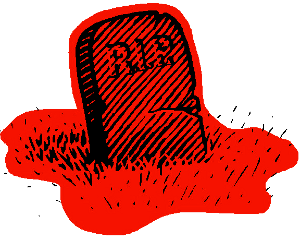 For the second year in a row, Halloween has been slain (or postponed) due to bad weather in the Northeast. Sure, it’s only the 29th here, but where I am, we’ve got about seventy-two hours of doing absolutely NOTHING until this Hurricane passes by.

With trick-or-treating being likely rescheduled for this Saturday, it might be the first time that Halloween is celebrated AFTER Dia De Los Muertos. It’s a shame we couldn’t combine the two, and maybe throw in the Coney Island Mermaid parade since the hurricane is probably flooding Surf Avenue right now.

Growing up north, I’m used to crappy weather on Halloween. Costumes were usually made to incorporate some kind of warm undergarment, either a long sleeved thermal (aka long-johns) or, at worst, wearing a coat over the costume. Light snow flurries were always expected on Halloween night, and it was rare that there was a year warm enough that you could run around town with short-sleeves on. When I went dressed as the Unabomber one year (last minute costume, really just wanted the candy) I was well prepared. One year, I was pretty lazy and desperate so I threw on some clothes, an old trenchcoat and went as “homeless.” It didn’t really win over the people but, if you show up for candy in some kind of costume, you’re legally contracted to give it out.

If anyone makes my five story walk-up on Wednesday, I don’t think they’ll be looking for treats. They might be searching for higher ground. Which, I will provide under the same rules of ‘no costume, no candy.’ If you’re not in the right costume, no safe ground for you. I’m not going to let some crappy weather ruin my holiday.