Music to Game By III 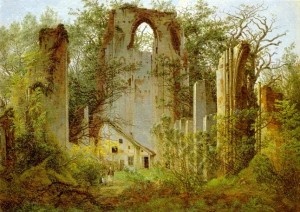 Once again, it’s Free RPG Day and we here at Gravedigger’s Local 16 are doing our own unofficial contribution to the event. What is Free RPG Day? It’s when gaming stores all over the US (and other countries) give away free RPG adventures and other useful role-playing items. You can find out what retailers in your area are joining in by visiting the official Free RPG Day website. Just like last year, we’re offering tons of free downloads for both those who don’t have any participating stores nearby and those that do and simply want more freebies. Since this year’s offerings will most likely be linked to at the official Free RPG Day Facebook page over the next few days, let’s focus on our custom collection of goodies:

Speaking of D&D, Spoony and Bennett the Sage have one hell of a (mildly NSFW) video for you. If you want monsters that’ll really bewilder your characters, then look no further than the White Rabbit and Manure Golem. I’ve directly linked to the parts in the video where the stats (which are in serious need of balancing) are included but you really need to watch from the beginning to get the complete effect. Spoony also offers tons of great gaming advice in his Counter Monkey video series.

Come to think of it, I’ve focused on older editions of Dungeons & Dragons in previous installments of this series. It’s about time I focused on the most current (as of this writing) edition. You can download the 4th Edition Quick Start Rules here and you can find an unofficial explanation of the game and the changes made in this edition over at Head Injury Theater. That site not only has a free (humorous) 4th edition adventure called Twas the Wright Before Xmas, but it might have also inspired the creation of Fool’s Grove. Those who prefer more serious fare should enjoy Keep on the Shadowfell.

Oddly enough, Hackmaster originally started out as a humorous D&D parody and eventually mutated into a regular fantasy RPG. You can download the Basic version for free at DriveThruRPG.com or read it in full for free on Google Books.

In addition to the Quick Start rules for Castles & Crusades, Troll Lord Games is also offering free downloads of the abridged Tunnels & Trolls 5th Edition rules and a solo adventure for it called Soul Survivor.

Tunnels and Trolls claims to be one of the easiest RPG to learn and play, but I think the 3rd Edition of the free homebrew RPG Zombiepocalypse easily gives it some competition.

Just as Shadowrun combines fantasy and cyberpunk, Spycraft mixes espionage with elements of science fiction and fantasy. You can find free downloads for it at its official website.

GURPS is now in its 4th edition. As I had previously posted the 3rd edition rules for GURPS Lite, I thought it best to show you how to convert from the 3rd to 4th edition rules in addition to providing a free download of the most recent version of GURPS Lite.

Speaking of Pathfinder, Bogleech has three different sets of stats for a new type of monster: the Skilevak. If a monster based on a Halloween decoration seems like an odd choice to you, don’t forget that many classic Dungeons and Dragons monsters started out as cheap toys. Perhaps one of our fans would be kind enough to whip up some stats for this? Bogleech also offers a mutant generation table for the upcoming RPG Mortasheen that can also be used with other RPGs and a book review that inadvertently reveals a quick and easy way to come up with new monsters to throw at your players: take the skeleton of a known animal and create a new body based on its outline. Don’t worry about coming up with a name for your new creation, just describe it as it attacks your party. With any luck, one of your players will come up with a name.

Speaking of Google Books, there are plenty of other great RPG freebies to be found there. The preview for Masters and Minions Horde Book 1: A Swarm of Stirges has stats for creatures like the Ashmalkin, Blood Bloat, Hollow Husk and Stirge that are designed to be compatible with any game using Stirges. Dungeons and Dragons 4th Edition For Dummies has pregenerated 1st level characters like Tordek the Dwarf Fighter, Calia the Elf Fighter, Jax the Human Rogue and Eberk the Dwarf Cleric. It also has stats for monsters like a Kobold dragonshield and giant spider (along with a sample map). Dungeon Master For Dummies has stats for several nasty traps, along with encounter maps and several monster stats.

It’s funny…this series has linked to free downloads for just about every aspect of gaming except the most important part…the game master’s screen! Thankfully, you can download a 4-panel screen for Pathfinder for free here. Alternately, you can try making a classic 3-panel screen by reworking either of these two RavensBlight projects. Don’t forget, you’ll need to print two versions of these in order to create one dungeon master screen.

If you don’t have any dice handy and don’t want to use virtual substitutes, you can download papercraft dice templates here. You can even make a papercraft dice-rolling cup if you’re so inclined. The “decision dice” that come with said cup are nice, but I recommend making players use the Eye of Midnight to answer questions whenever you play a horror RPG. I think you’ll agree that doing that when characters attempt a séance is so much more effective than you rolling the decision dice behind a screen. That said, these papercraft dice are only intended to help you get a feel for these games before deciding whether or not you want to upgrade to the full game and real dice. Watch this informative (and entertaining) video on the subject of dice in gaming if you don’t believe me.

In addition to offering some more games and gaming music tips in this article, we’ve also put together an entire episode of our podcast devoted to gaming music and Free RPG Day! You can find even more free downloads in the following past articles on the matter:

Bad Behavior has blocked 953 access attempts in the last 7 days.