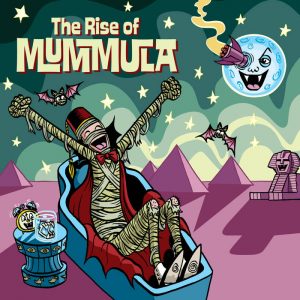 ” In Mummula Manor, when the clock strikes pyramidnight, the mighty Mummula rises from his tomb.

A team of his minions was assembled on Halloween 2012 and sent to Columbus, Ohio from their home of Sandsylvania in order to spread the curse of Mummula. Through their ca-coffin-ous blend of punk, garage, surf, and cartoons they’ll show the world that it’s hip to be scared.”

Last October saw the release of Mummula’s first full length album, The Rise of Mummula. This September 1st will see the culmination of almost a years hard work of bring the album to vinyl format. Limited to only 150 copies on Bubblegum pink vinyl. Pre-orders are available along with special bundle option at: Uncommon Interests

Stream/download or pick up a cassette of the album at: Mummula 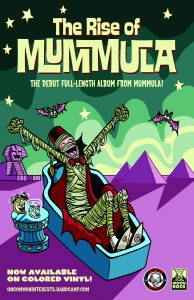