This is a followup to Saturday’s post about the effect on long term immersion on the kind of latex creatures using in “things in a bottle”.

After 48 hours out of the solution the worm has dried and shrunk back to it’s original size. Based on that I think it’s safe to say that the swelling is caused by the latex acting like a sponge and absorbing the water, as opposed to actually reacting with anything in the solution. The latex is firm and tight, in contrast to the soft consistency it displayed right after being removed from the fluid. 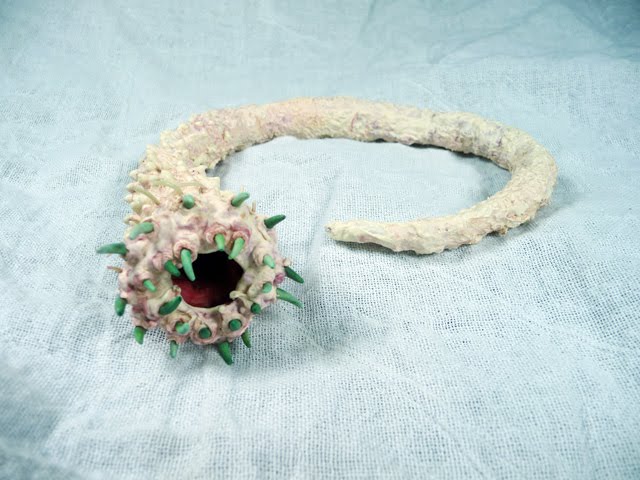 After eight months of immersion there’s absolutely no degradation of the latex. I have older specimens that look fine, but this is the first one I’ve opened up and closely examined. The only noticeable change to the body is the loss of some applied weathering to the surface. That appears to be the result of abrasion against the inside of the glass and not any kind of breakdown. 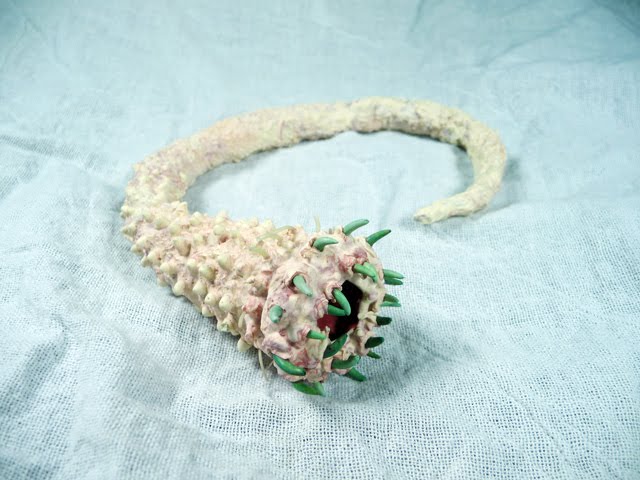 I’m still trying to figure out how the green dye from the fluid colored the epoxy resin of the teeth.