How To Build Haunted House Walls 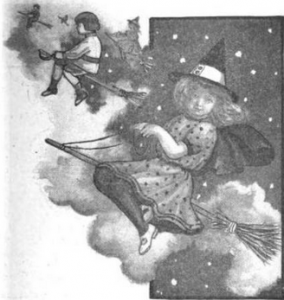 Like the illustration? It’s linked to “A Halloween Thought” by the mysterious “H.M.Y.” Google Books also brings us poems like Charles Frederick White’s “Hallowe’en,” Blanche Elizabeth Wade’s “Jack-O’-Lantern’s Prank,” Stanley Schell’s “The Ghost of a Flower,” Carl J. Segerhammer’s “Halloween Party,” R. Chetwynd-Hayes’ “The Shadmock,” Ina A. Bickford’s “Falling Leaves,” Lulu G. Parker’s “Halloween,” Jack Prelutsky’s “It’s Halloween” Grace McKinley’s “The Pumpkin,” Marjorie Dillon’s “The Gobbled Goblin” and the unattributed “Two Hallowe’en Pumpkins” and a special nameless poem attributed to a “little girl of 14.” I also found a collection of poems there which includes “Halloween” by Arthur Cleveland Coxe, “The Hag” by Robert Herrick, “The Djinns” by Victor Hugo and “The Spell” by John Gay.

The Noctrium is home to numerous dark poems by James Colton, like “Malicious Lullaby,” “Cold,” “I Grin” and “An October Walk.”

Song writer Dean Farnell has penned numerous horror poems, including “The Nosey Ghost,” “Dracula’s Dilemma” and “The Death of Bela.” The classic Halloween website The Haunting also has plenty of spooky poems, as does bean.

The Library of Congress’ “A Poem a Day” program brings us Mac Hammond’s “Halloween.” Speaking of unexpected resources for poetry, Halloween Forum is home to the spooky “The Dead Crawl North,” along with an entire thread called “Rhymes to wet the bed by.”

The Amazon preview of The Dark Side of Des Moines by D.X. Stone proves poems with innocuous titles like “Wicked Perm” and “Mr. Bright” can be creepy. While you’re there, be sure to check out the poster for the movie Monkey Shines in order to read the special poem made to promote the movie.

Wikisource is always a fruitful source of poetry leads, like “The Ghosts” by Ella Wheeler Wilcox (not to be confused with her poem “Ghosts”) and “Raising the Devil: A Legend of Cornelius Agrippa” by Richard Harris Barham (under his pen name “Thomas Ingoldsby”). Edith Wharton’s “Grief,” “Moonrise over Tyringham” and “The Tomb of Ilaria Giunigi” would all make for moody reading tonight. John Keats was born on Halloween, so the inclusion of “On Death” is especially appropriate here. Other musings regarding death include “On the death of Mrs. N. P. Willis” by Anne Charlotte Lynch Botta, “Geist’s Grave” by Matthew Arnold, “At His Grave” by Alfred Austin, “Stanzas on the Death of Lord Byron” by Elizabeth Barrett Browning, and let’s not forget Emily Brontë’s “Death” and “The Night is Darkening Round Me.”