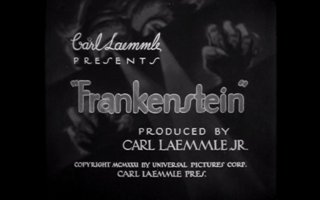 Seeing Frankenstein is akin to seeing The Godfather, listening to The Beatles or seeing Hamlet on the stage. These are all the pieces of art that you’re TOLD are great that the priority to actually ENGAGE them is diminished. As a mental deviant, the ‘classics’ were always ‘uncool’ to me. The guy repping the Beatles in High School was as much as part of THE ESTABLISHMENT that it felt kind of dumb to fall in line. I always liked to champion those who don’t have a lot of people backing them up. It’s less “rooting for the underdog” and more “fighting for the freaks.”

With that said, I had not seen Frankenstein until a week and a half ago. Did I hate it? No. Is it great? Yes. Would someone who enjoys slashers like it? Don’t know but probably not.

It’s not a slow film, by any stretch. The pacing was refreshing but I can see how anyone under the age of 35 might get bored by it. It’s easy to follow. It’s beautifully shot. But the engagement is only skin deep. Mentally, we’re well acquainted with the idea of “a monster that isn’t pure evil” or “the good people are really doing bad things.” This is a common trope in comic books, cartoon shows and video games. However, eighty years ago, I can see how the portrayal of The Creature was somewhat innovating.

My real first introduction to Frankenstein was actually a stage production of the original Mary Shelley work. For some odd reasons, my school held an assembly in the auditorium where grades 8-12 watched a trio of performers act out the tale of Victor Frankenstein, his wife Elizabeth and the creature.

Shocking! The novel ‘Frankenstein’ wasn’t required reading in any of my English Classes (and looking back, I wish it was, trading ‘The Crucible’ or another reading of ‘Huckleberry Finn’ for something a little more stimulating) so when this material was presented without a flat-top mumbling Karloff-knock off, I was kind of into it. It was weird. The monster spoke, was intelligent and the whole play was pretty rad. I would come to read later, through Frankenstein: A Cultural History and The Monster Show on how the novel had been adapted for the stage long before the movies came calling.

The movie Frankenstein shares the name with the original work but it was a strange, slightly disrespectful adaptation of the original work, a habit that continues in today’s Hollywood. Dr. Frankenstein (here Henry instead of Victor) is never clear on his motivation for bringing his creation for life. Karloff’s now standard performance of the creature eschews the intelligence the novel’s creature gleams through observance for a child’s innocence.  Where the novel is more involved in making you think, the movie is more into giving you something to look at.

Thankfully, being a classic means there will be a great preservation effort so the quality of both the visual and audio of this eighty-plus year old film remains clear.

The story, if you don’t know, is that Henry Frankenstein aims bring his creation to life from a bevy of corpse parts. 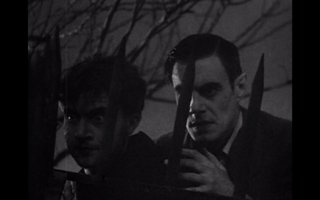 Good nature folk if ever there were.

When his assistant, Fritz, screws up a brain-swipe (dropping the NORMAL brain and stealing the CRIMINAL brain) which brings in an element of DOOM, one that is shrugged off when Henry’s fiancé (Elizabeth) and friend (Victor) arrive to persuade him to stop being such a damn recluse and get married. 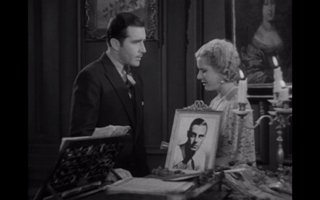 However, they arrive TOO late, as the monster is brought to life. 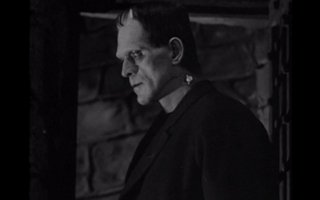 Fritz gets on the creature’s bad side by waving a torch around in the thing’s face. Eventually, Fritz ends up dead (c’mon, piss off a dude with FIRE for so long and it happens.) Henry realizes how he has fucked up and thus, sentences the creature to die. 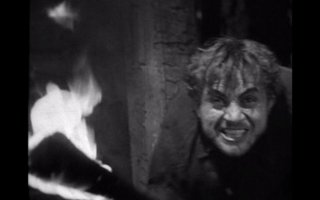 Seriously, Fritz. Knock it off.

Henry’s doctor ally attempts a vivisection of the still living creature. This is dumb, as you might expect it to be. Doc doesn’t last long and it becomes CREATURE ON THE LOOSE in some generic Germanic setting.

One of the more notorious scenes is when the Creature tosses a little girl into a pond, thinking she would float. This got a lot of people riled up back in the thirties because killing kids was bad shit, I guess. I was more concerned that the kitten little Maria had with her when she first appeared. While I know that her drowning was staged, I couldn’t be too sure that the Universal film crew would take the same care for a cat. 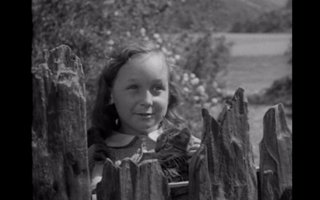 I was only worried about the ACTUAL safety of one of the two living things pictured here.

It’s Maria’s death that brings the angry mob together. Pitchforks and torches! Hunt the monster! 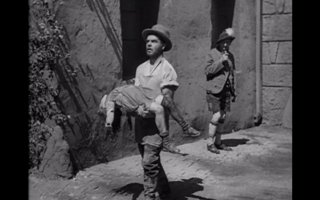 The girl makes for a good corpse.

Ultimately, the creature is cornered in the mountains. Frankenstein and the creature square off in an abandoned windmill. Henry gets knocked out and though assumed dead, the movie closes on a scene indicating he’s alive.

The creature? He gets trapped in a burning building, condemned to burn by the crowd. 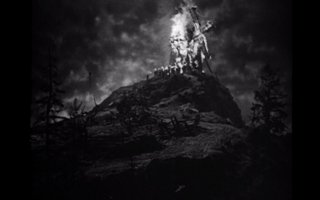 The REAL end to the movie.

And that’s Frankenstein. The iconic movie that imprinted so heavily on our culture, Frankenstein remains a classic in the truest sense of the word. It’s not perfect. Colin Clive’s voice is too elderly for my own preferences. Dwight Frye as Fritz steals the scene whenever he’s in it, simply from his dramatic and outlandish acting style. Compared to today’s computer generated backgrounds, seeing a backdrop was kind of refreshing. Everything on set has a cheapness to it but it is endearing. I’ve become so numbed and jaded with how modern movies look that this older film has a charm to it. 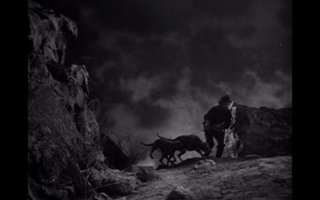 The tacked on bits on either end—the prologue with Edward Van Sloan and the ending with Baron Frankenstein saying that his son is alive, resting in bed—are excessive, though necessary for different reasons. The first was to assuage anyone thinking that a movie about a man who can create life wasn’t blasphemous. Which, it was but having Van Sloan say “THIS IS A STORY IT’S NOT REAL” at the front was enough to placate the fundies. The ending? Probably to give things a positive spin. Creature dead, humans alive 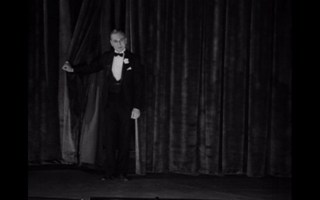 My tuxedo is my authority.

The movie’s short (68 minutes) so if you haven’t seen it, definitely throw it on while you’re off doing something in front of a screen. Your life will be better for it. 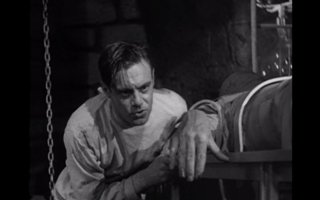