Happy Birthday to us!

DRAMA (Of the Free Audio Variety) 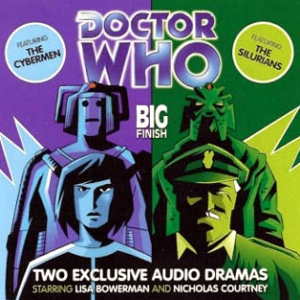 It has recently come to my attention that a British company called Big Finish Productions has re-released an audio drama called UNIT: The Coup as a free download on their website. From what I can tell from its Wikipedia entry, it was originally released on a CD given away with an issue of Doctor Who Magazine in order to promote an upcoming spin-off of their Doctor Who audio plays.

For those not in the know, Doctor Who is a long-running British science fiction television series about the adventures of a time-traveling alien who saves the Earth (and other planets) from monsters and alien invasions. The Doctor sometimes aids (or is aided by) the British branch of the Unified Intelligence Taskforce (UNIT for short), an organization dedicated to combating unusual threats to global security. There’s a note here that UNIT was originally called the “United Nations Intelligence Taskforce,” but the producers had to remove the reference to the UN from the name in 2008.

I’m afraid I can’t comment about the quality of the audio play, as I’m not a fan of Doctor Who and didn’t bother listening to it. I only know that it involves a race of reptile-people from prehistoric times called the Silurians. However, I thought that both fans of the series and monster fans in general might be interested in such a freebie. Enjoy!

UPDATE: UNIT: The Coup is now available in both streaming and download form at Big Finish’s official SoundCloud page, along with its companion piece Silver Lining (and other Doctor Who audio dramas).

Special thanks to Big Finish Productions for use of the image!

Bad Behavior has blocked 886 access attempts in the last 7 days.