For He’s A Jolly Good Kaiju…

Day of the Dead 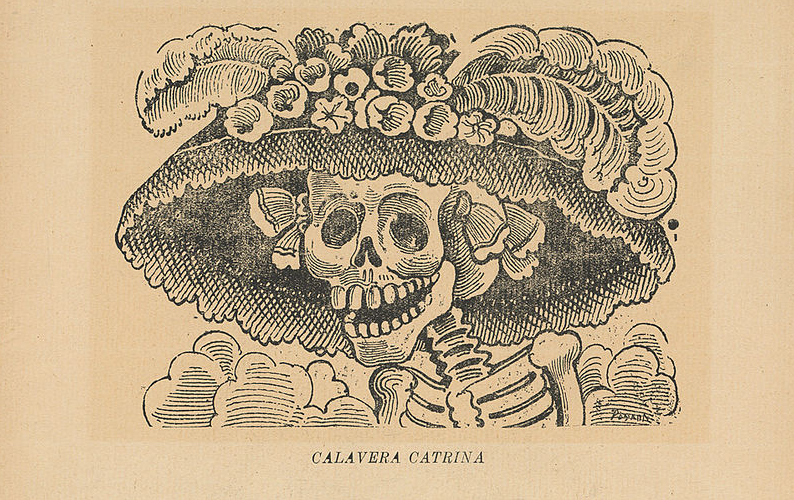 Have you ever read about the delicious-sounding Mexican pan de muerto (bread of the dead) and wanted to have a taste? Well, you’re in luck, because I found a two page recipe for it in John Lithgow’s (yes, that John Lithgow) Boredom Blasters: Halloween Edition. Although it’s not quite the traditional Mexican sugar skull, Skull-A-Day does have a recipe for sugar skull cookies.

But there’s more to the Day of the Dead than just food, there’s also the beautiful folk art, also known as “La Calavera Catrina” (The Elegant Skull). Both Senora Muertos and Ethan Cranke have some incredible stuff inspired by the holiday that I highly recommend checking out.

Speaking of checking stuff out, here’s a picture of a Santa Muerte figure in front of a fortune teller’s parlor in Mexico’s Chinatown. Ain’t multiculturalism grand?

Happy Day of the Dead!