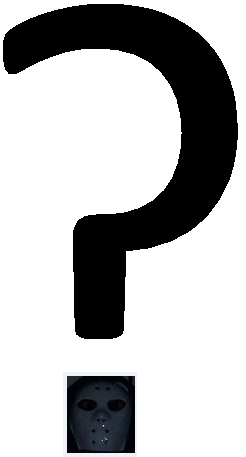 Ages ago on Twitter, I once read a Tweet idly wondering how old is Jason Voorhees is supposed to be. Not how old the character is in terms of his place in pop culture, but literally how old the slasher is in terms of the franchise’s continuity. Anyone who’s seen the fourth film, Friday the 13th: The Final Chapter, can tell you that the events of the first film are said to take place in 1979. Although Jason only appears in a dream sequence in the original, there is a tantalizing clue as to his intended age from one of the men responsible for the character’s final design: Victor Miller. In an interview. he noted how Jason was originally supposed to be a normal-looking young boy, but it was eventually decided that the scene featuring him would not work if he looked like “Betsy Palmer at eight years old.”

So from there, we can determine that he was 8 years old when he “drowned” in 1957 (as stated in the original Friday the 13th). So with a few quick calculations, we can determine that Jason was 30 when he started killing teenagers in Friday the 13th Part 2. Further calculations reveal that he’s 54 in 2003’s Freddy vs. Jason and that if we include the chronology in Jason X, he was 59 when captured in 2008 and 61 when he was frozen in 2010! Judging from his strength and movements in those films, he’s pretty spry for a guy in that age range! Then again, the overtly supernatural elements introduced in Jason Goes To Hell (along the regeneration angle introduced in said film, which were later used in a different way in Jason X) could also account for that.

UPDATE: It turns out there are many proposed timelines for the Friday the 13th series available online and not all of them match up with what I came up with. One such timeline states Jason was born in 1946, which would mean he was 12 years old when he drowned in 1957 and was 57 when he fought Freddy Krueger and 64 when he was frozen prior to the main portion of Jason X. Someone even factored in the dates given in the trailers for the first two films and how they compare with a real world calendar! I have no idea how to determine which timeline is correct, but I hope what I wrote can help you determine the age of Jason Voorhees in your timeline of choice.