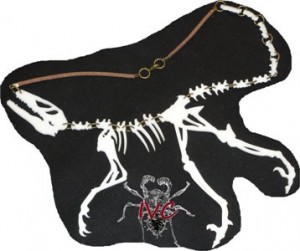 Our ghosts usually start showing up around the middle of summer. Something about the humidity brings them out of the ground and the woods. There’s a few you might catch. Mr. Topper is seen around where a clocktower used to stand before it was torn down in the early 1900s. A trio of children can usually be heard or seen playing around the back alleys of Second street.

One of the college’s history professors had the longest encounter with them, when the three of them asked him to get a ball down from a nearby ledge. He took note of their odd style of dress, recognizing it from his studies. What’s unusual was that he noticed that two children were dressed of a particular decade at the start of the 19th century, while the third was fashioned in finery from half-a-century later.

Ghosts are known to make friends around these parts. About a year ago, a nightclub called The Eye Scream opened in a renovated building where an old hospital once stood, probably in the time of Topper’s clock. Not much can be said of what caused the hospital’s closure or why a few of its old patients, youth renewed through death, appear occasionally during a particularly powerful song played through the Eye’s sound system. If you’ve ever seen a ghost, do your best to catch it under strobe lights. That’s just our opinion.

It might help to be wearing the wares of ILLINOISVALLEYCUSTOM, the fabricators of these acrylic materials that might either disguise you as one of the ghasts or ghouls. Or perhaps they’ll make you’re a more attractive human? These items will fit, depending on who or what you want to attract. We don’t judge. 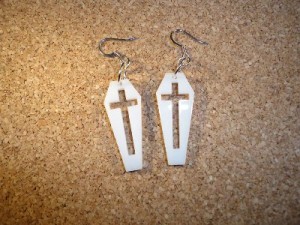 Depending on your ghost, displaying a coffin might either be a sign of aggression or a mode of comfort. It’s a fifty-fifty shot, whether you’ll scare them away or draw them closer.  You’ll likely remind the ghost that they’re dead and if that’s an unpleasant reality to them, you might end up in an unpleasant reality of your own. But the humans who see you wearing these will know that you have good taste and, more than likely, will want to hear all about your day. 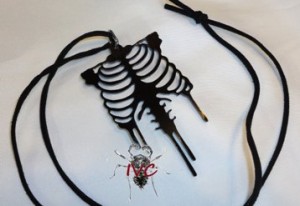 There is rarely a time you’re going to get to wear your ribcage outside your skin. You might be one of the lucky ones, but to ensure that you don’t miss out on the opportunity, get the next best thing with this acrylic skeletal ribcage pendant. This gorgeous piece of acrylic jewelry will make anyone’s heart beat out of their chest and long to be close to yours. 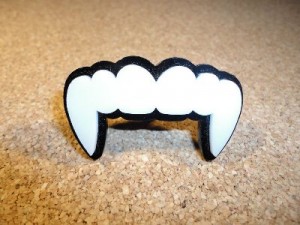 Eyetooth. Your canine. Fingertooth. What you wear when you put this ring on. Have you had your wisdom teeth removed? Do you need more wisdom? Clearly, purchasing this ring will demonstrate fashion forward thinking and economic sense, making you particularly wise, fashionable and wealthy. Triple-play! 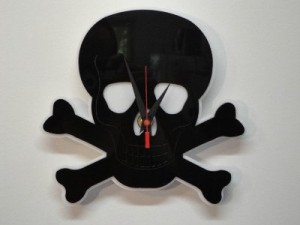 IVC doesn’t just do wearables (and you should know, they do A LOT of wearables. We’re not even scratching the surface here. Head over and see the cornucopia of material they have available.) You can get some decore, like this black skull and crossbones clock. What time is it? Time to die. Tears in rain. 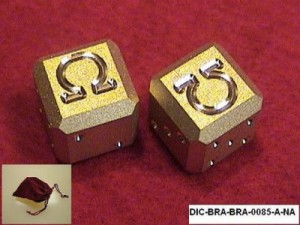 One of the additional fabrications of IVC is the collection of unique dice they do for all types of gaming, though your RPG minded friend (or you) are the ones who will be setting the table on fire when they bust out one of the sets available at IVC’s etsy page.

Speaking of which, head over to the page and buy some of the low priced, high quality products available. You’ll be glad you did. It’ll keep you safe from ghosts, keep you on time and keep you rolling critical hits. We’re told that the last thing is a good thing. We don’t know. Let us look it up and meet you back here next week for another Tuesday uEtsy.