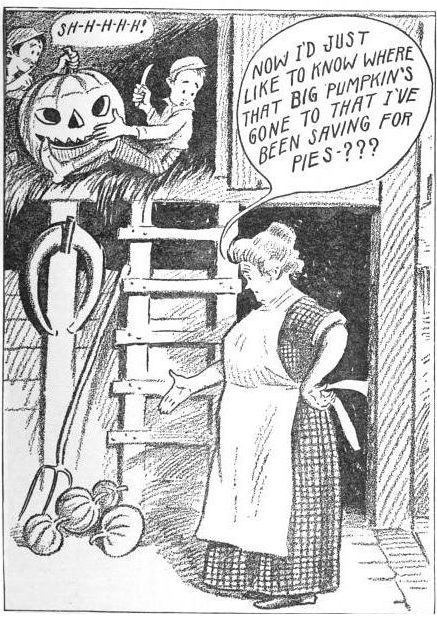 The above comic by Elmer Andrews Bushnell originally appeared with the caption “The Spirits of Halloween Are Abroad” when it was published in the Cincinnati Times-Star and Cartoons Magazine. Sadly, the text looked too awful to use when I tried posting a direct scan of it.

Although Cartoons Magazine included it in their “Golden October” section, I think the use of “abroad” implies the action of the comic is happening in a different month. It’s hard to say, given how Halloween traditions and November were often mixed together in those days. I hope to have an article ready this time next year which looks at the reasons for this. But until then…