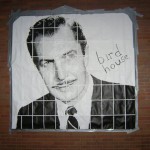 The mind of Peter J. Lazarski is full of monsters. Having created Imaginary Monsters, Lazarski has made a comic full of beasties and brutes who are equal parts gruesome and whimsical.

Dennis the Necromancer, Grizzledude and Lizard Wizard join a cast of hundreds of creatures birthed from Lazarski’s art style. With a pen that is as playful as his storytelling, Peter Lazarski is a talent in creating an adventure that teaches the value of friendship, self-confidence and sandwiches.

What do you usually consult, listen to, invoke or watch in order to get inspiration with your current or upcoming (ed: in this case, the ongoing ‘Imaginary Monsters’) creative project?

I spend a lot of time thinking about monsters and drawing them. I read a lot of science fiction and fantasy books, watch movies of a similar nature, and spend a good amount of time hanging out with friends and playing board games or Dungeons and Dragons. Those aren’t the only things I do, but it’s safe to say I’m fairly embedded in monster culture.

Which Cable Channel, were we to force you to watch (at gunpoint, if needed) for a straight 72 hours, would drive you into a world of never-ending agony?

Your sudden life choice has you opening a tavern – what do you call it?

The Witches Tit. I would serve Troll Piss and Dragon Breath. And coffee.

If you were to resurrect Vincent Price, what would be the first thing you’d have him say?

I’d ask him to say “Bird house” and probably talk to him about The Last Man On Earth.

What was your favorite movie growing up (that you don’t think is so great now?)

Most of my favorite movies growing up are still favorite movies now…recently I tried watching Ladyhawke for the first time thinking it was going to match films like Legend and Dragonslayer in production value, but it was a little too hokey and I ended up being disappointed there.

I will point out though two of my favorite movies growing up that have held up exceedingly well, those being Aliens and The Thing (I used to have parent-edited copies to watch on vhs). Both are awesomely suspenseful and gritty with real tangible special effects. Digital special effects are cool and expand the possibility of some films but I don’t think they work as well as make up and prosthetics in making a scary movie.