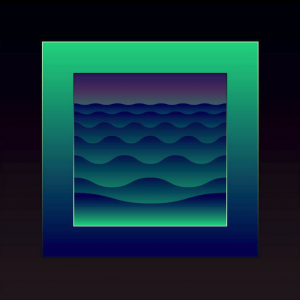 It’s been a long time since we last heard from Kava Kon. Although the proposed EP Virgin Lava has yet to materialize, I can’t complain since we got a full album instead. That’s right, Maritime Mysteries is the band’s third album and the wait was completely worth it!

Right off the bat, “Maritime Melodies” makes it clear this is going to be a very different Kava Kon album. We start off with bird calls, which lead into vocals and music which screams “vintage psychedelic rock” (right down to the distorted guitars). It’s not what you would expect, but is still enjoyable. I especially liked the whistling outro. “Lili in the Land of giants” has a more classic exotica feel to it. To be specific, it sounds like the opening theme to an old Hollywood movie set in the South Pacific from the 60’s. There’s our old friends the piano and chimes, along with some great guitar and string work. Just as first track showcased the differences of new album, this track reassures fans of first two albums that they haven’t been forgotten. Mellow reverbing guitars and exotic percussion define “The Boat Man.” I love the chanting and lighter touches which are woven into this. The relaxing drums can easily lull you into sleep if you’re not careful. “Escape from Bermuda” opens with slightly spooky tones which leads to elegant piano work, but there’s other intriguing touches as well. It’s fairly dark and has quiet the interesting closing. In “The eel charmer,” maracas and wordless vocals meld with bouncy, vaguely Indian music. Are those snippets of vibes I detect? I’m too busy marveling over the guitar and groaning, droning finish to be sure.

Soft guitar work and percussion start off “Pink Morning Blues,” but are soon joined by other musical touches, including people singing! According to Kava Kon, the lengthy “Zodiac Trance” is “hypnotic & psychedelic neo-exotica inspired by classical indian drone music.” I can’t describe it better than they did. It also explains several elements from the previous tracks. “Piper of the Tongan Harvest” is a personal favorite of mine. There’s a slow organ buildup, chain-like clanking and female vocals which take the listener to faraway lands. “Dark Side of the Canoe” is, just as the name implies, inspired by Pink Floyd. It also features some flute and saxophone work by M. Lawrence Abrams. This particular track is much more upbeat and lighter than past tracks. It’s perfect soundtrack to a lazy island day. “King of the Ocean” opens with a sample reading of Sylvia Plath’s “November Graveyard” and other such samples occasionally pop up throughout track. Drums, bird calls, guitars and so much more combine with female vocals for a most interesting experience. It makes for a unique close to a unique album.

Kava Kon has done it again and Maritime Mysteries is proof how doing something differently isn’t necessarily a bad thing. When I first listened to this, I feared their fans would be divided similar to what seems to happen ever other time Daft Punk releases a new album. Thankfully everyone seems to love it! But the good news doesn’t end there. Over on their official Facebook page, the group has discussed releasing unused material from past albums as part of future releases. Although the album is only available on Bandcamp as of this writing, there has been talk of physical media releases (including vinyl) and having it appear elsewhere online. It sure sounds like the best is yet to come!

Special thanks to Kava Kon for the review copy!

Bad Behavior has blocked 922 access attempts in the last 7 days.