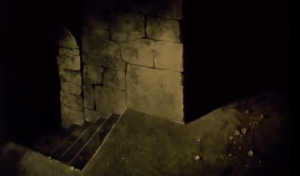 It’s time for our annual unofficial (in addition be being completely unauthorized and unsanctioned) celebration of Free RPG Day! So once you’re back from your local game store, go ahead and check these out:

Old Spice got a lot of attention for creating a new character class which lets people adventure as Gentlemen or Gentleladies. Although many took their reference to an unnamed RPG to mean Dungeons & Dragons was the game it was designed to be used with, others noticed how it was a closer fit with Pathfinder. But since Pathfinder is based on the 3.5th edition of Dungeons & Dragons, you can make it work with some minor tinkering.

Speaking of Dungeons & Dragons, Wizards of the Coast released an update to their famous Ravenloft setting called Curse of Strahd. In addition to the free introductory adventure Death House, they’re also offering various handouts for players and artist Mike Schley is offering a free download of the maps he created for Death House. Other potential resources include the advice given in the Amazon reviews for Curse of Strahd and the Dungeon Masters Guild.

Dungeon Masters Guild also has both volumes of the Lovecraftian Bestiary available under a “Pay What You Want” model!

Given the popularity of Rifts and Palladium’s other “Megaverse” games, it’s amazing their website’s “Cutting Room Floor” section hasn’t been featured here earlier. You can find all sorts of neat stuff there, including character sheets and a game master’s screen!

Blue Panther LLC has some free downloadable dice tower skins and tekeli.li has lots of game master advice for game masters (along with other goodies). Tekeli-Li! is also the name of one of the many homebrew RPGs that have been rescued from oblivion thanks to the Wayback Machine. It’s a Lovecraft-inspired game designed for use with the Fuzion system. You can find the free version of Fuzion, along with lots of other great downloads, over at R. Talsorian Games!

Those seeking more Lovecraft-inspired games should be interested in World War Cthulhu, one of the numerous RPGs with freebies available from Cubicle 7 (including Victoriana and the Doctor Who RPG). It’s worth noting how Victoriana is compatible with the Airship Pirates RPG.

But obviously the most popular role-playing game based on the works of H.P. Lovecraft is Chaosium’s Call of Cthulhu and they have plenty of free downloads available for it (including a solo adventure for those who can’t interest their friends into trying RPGs). They also offer free stuff for their “Basic Roleplaying” system, which is not to be confused with Basic Fantasy or the Basic System.

Not long after last year’s installment, Erang released a new “Name Your Price” compilation of dungeon synth music (including some bonus maps). He later released a collection of custom samples which aspiring musicians can use in their works and also has several free downloads available on SoundCloud. Similarly, the Phantom Monk’s SoundCloud page is full of free storm and dragon sound effects you can use to enhance your next role-playing session.

Dread is an interesting horror RPG which uses Jenga instead of dice! But don’t let not having Jenga stop you from downloading the Quick Start rules because some fans came up with some alternate ways to play. Fans have also come up with Dread scenarios involving zombies, frozen horrors, and even one loosely based on Stranger Things! Abnormal Things is also inspired by that particular Netflix series, although it’s not designed for use with Dread.

Speaking of horror role-playing games that don’t use dice, Grin only requires a deck of cards! You can even print out some custom cards if you don’t already have a deck handy.

Many remember Watership Down as a surprisingly dark and violent rabbit novel-turned-movie. But what many don’t know is that it also inspired the game Bunnies & Burrows. The man behind PuppeTose is one of the people who are aware of this fact and decided to create an especially warped adventure that’s not for the faint of heart. In fact, it makes Watership Down look downright kid-friendly in comparison! Those who research the book will be shocked to see how much of the twisted material isn’t too far removed from the original source material. As for why he did it, Ross Wilsey posted the following on the official PuppeTose Facebook group: “There was zero demand for this, but I did it anyway. I decided to write it without the use of a computer of spellchecker, or even without a second pass. Just like drunken teenager style. I just grabbed some pencils and went at it. Typos? Oh yeah. I wrote it just like I would’ve in Middle School. I feel this stupidity is for the ages. It is my sincere hope that 1000 years from now archeologists will think this is a cultural treasure from a doomed American cult. Enjoy!” Those interested in playing this (but don’t own a copy of Bunnies & Burrows) can either use the special conversion rules for Risus or the conversion rules for GURPS coupled with GURPS Lite. Steve Jackson Games also published an official GURPS Bunnies & Burrows, so their errata for the game and the sample .PDF from the game’s entry in their online store could also come in handy. In fact, all of their product listings seem to have free sample .PDFs! So you might be interested in the ones for GURPS Atomic Horror and GURPS Mecha. You can find more free stuff by searching Steve Jackson Games’ online store or hitting up their “Resources” section.

Somewhat similarly, Torchbearer is a fantasy RPG that’s a reworked version of the comic book-based RPG Mouse Guard. The link has a preview version of the game, along with plenty of adventures and monsters. Mithril & Mages is filled with “inspiration generators” for location and character names, along with a list of Labyrinth Lord modules which has several freebies in it. RetroRoleplaying has several “Pay What You Want” games and their “Retro Clones” article links to many free “retro clone” games (in addition to the free stuff on the sidebar). RetroRolePlaying’s original games are based on the various MicroLite20 rules. It’s a “minimalist role-playing game designed to be usable with the majority of d20 supplements, rules and adventures with little or no advance preparation.” With titles like MicroLite20 Fantasy, MicroLite20 Mecha, and MicroLite20 Mutations, how can you resist?

Enoch is an apocalyptic role-playing game while Infected! focuses on a zombie apocalypse. You can either snag the “Quick Start” rules or dive right into the complete rulebook!

Don’t forget to stick around for this year’s installment of “Music to Game By.” Not only will there be plenty of suggestions on albums to use during your next gaming session, but it’s not unusual to find an extra free download or two tucked within the article!