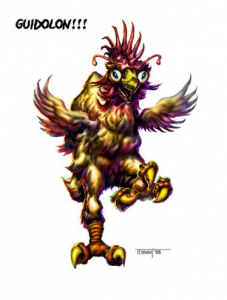 Frank Wu is a man of many talents. His artwork has appeared in more science fiction and fantasy publications than I can name and movies like Earthlings: Ugly Bags of Mostly Water and Worm Free Society. In addition to being an artist, he has written stories, scientific papers and articles. That last link also reveals he has also been the subject of many articles and interviews. As you might expect, he’s received several awards for his work too. He has won the prestigious Illustrators of the Future “Gold Award” and several Hugo awards. The man is so classy he actually declined future nominations and asked participants to vote for others!

But as you’ve undoubtedly guessed from the title, this article is going to focus on his 2006 animated short Guidolon The Giant Space Chicken. It’s full title is The Tragical Historie of Guidolon the Giant Space Chicken because (to quote writer/director/actor Frank Wu) “This is a movie about a giant space chicken making a movie about a giant space chicken. He has delusions of grandeur, thinking he’s a Shakespearean tragic hero, when really he’s just a giant space chicken.” Although none other than Ishirō Honda apparently noted how kaiju are tragic figures, one look at the film will show you just how far removed from reality Guidolon is on the matter. Kaiju fans will appreciate the Godzilla references and other subtle touches. I think the design for the character Number One brings to mind Moguera and Mechagodzilla and while it could just be a coincidence, but I’d like to think Guidolon being a space chicken is an injoke about film critics referring to kaiju like Guilala and Gigan as giant chickens. Add in a hilarious storyline and rockin’ surf soundtrack and you have a definite must see.

The short is available on the official Guidolon website and you’ll need Quicktime 7 or higher to play it. If you don’t have it, you can download the player here.

Guidolon The Giant Space Chicken also has quite the history. The screenplay first appeared in the 2005 anthology Daikaiju! Giant Monster Tales (which was Wu’s first published story) and the above film premiered in 2006. It played at numerous festivals that year and earned several awards. With that in mind, it’s no wonder there were plans to make a Guidolon TV series. Although the series never came to be, 2007 did see the release of a special edition director’s cut. Said edition is not your usual “the movie with a few extra scenes included” type of director’s cut, either. Certain scenes and animations are changed and there are even some different jokes. A computer animated feature film was announced the next year but the project eventually became a graphic novel. The graphic novel is currently on hiatus as Frank Wu is busy working on his wife’s upcoming video game Revolution 60, which you can learn more about at its official website. Mr. Wu was also kind enough to provide some exclusive images from the Guidolon graphic novel (along with some previously unseen art from the game) to tide you over until their eventual release. Hopefully there’s even more goodness (and Guiidolon) coming from him in the future! 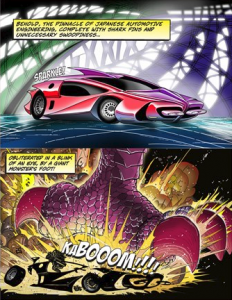 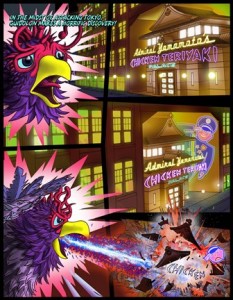 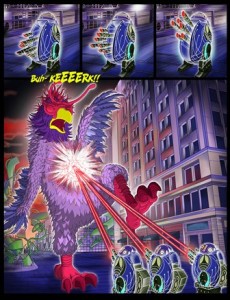 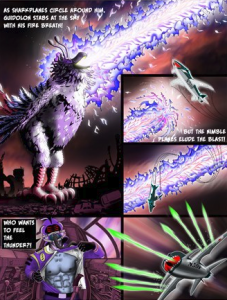 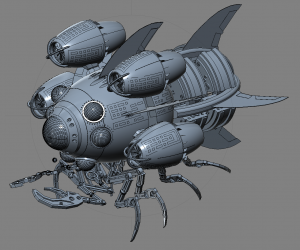 Special thanks to Frank Wu for use of the images!